Facing loneliness and overcoming it 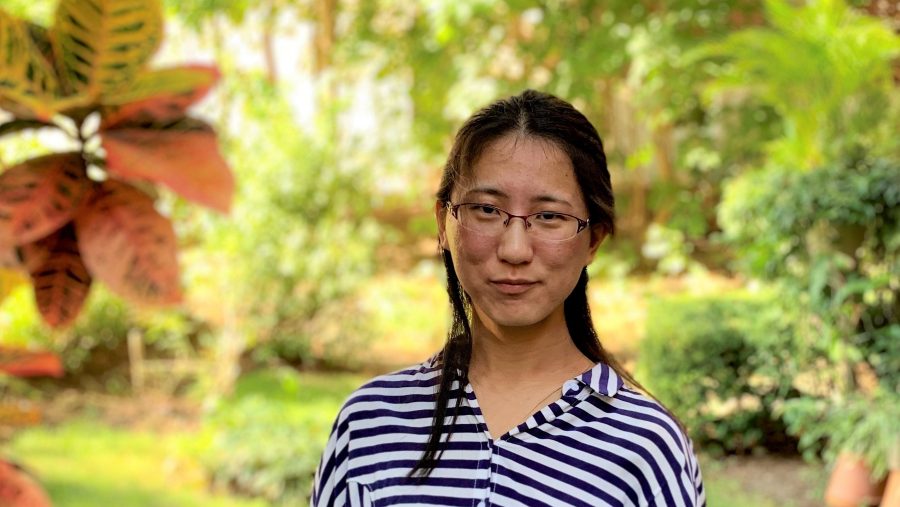 “A man can be himself only so long as he is alone; and if he does not love solitude, he will not love freedom; for it is only when he is alone that he is really free,” German philosopher Arthur Schopenhauer once said. It is true that people think and work more efficiently when they are alone, but it’s rare to hear someone embracing the idea of loneliness.

Everyone feels lonely from time to time, but it’s especially common among international students.

During my first few months of studying in Boston, I would burst into tears while on the train, thinking about how I can’t catch up with the speed of the class and worse, how I have no friend to confide this. When I’m at home, I would feel lonely and depressed sitting alone in my room so I would stay in the library for a long time. I often don’t feel motivated to do my class assignments because I felt so lonely.

A friend of mine once confided that she once thought about just dropping her degree and leaving for China even when she knew it wasn’t the greatest solution to her loneliness.

So if you have burst into tears on the subway because you have absolutely no one close to talk to; if you are often frustrated at yourself because you couldn’t keep up with your classes; if you’d rather spend 40 minutes commuting to school than sit in your room because you can’t bear being in your room alone and if you wanted to just drop out of school and go back home. You are not alone.

I looked for friends who are also international students to talk about the difficulties. Fortunately, I found out I have friends all over the U.S., in Massachusetts, California, New York and Florida. To my surprise, all of them said they feel lonely too, despite the fact that some of them have a boyfriend or girlfriend. They told me their solution is to be patient, that it will take time to get used to the new life, that accepting and facing your loneliness is a long and hard process but it will make me stronger.

However, I wanted to do something more proactive about the problem, not just wait. I was determined to get to the root of where my loneliness comes from and figure out how to deal with it.

Why can’t I make more friends?

I believe the main reason is that we have few close friends having just arrived in the new country, the network of support of family and friends we enjoyed back home no longer exists. In my opinion, having one close friend is more important than having twenty casual friends. And it doesn’t help that some international students like myself find it hard to connect with their native-born classmates, professors and roommates.

For me, the major challenges I faced trying to make friends revolve around language, culture and different lifestyle. I’m not fluent in English and I have an accent which I think makes it hard to become close friends with other students, especially native speakers.

Furthermore, I found that students from my own country are from different areas with different backgrounds. Some are from rich families while some are not, so they have different recreational activities. Some finished their undergraduate in U.S and already have their social circle while some start as graduate students, and it is not easy for the latter to get into the former’s social circle.

Lastly, our different living habits can make it difficult to make friends with roommates, people you arguably spend the most time around. For example, I usually get up at 7:30 a.m. and the person living next door gets up at 10:30 a.m. We have lunch at different times and go to school at different times. So even if we live next door, we rarely see each other.

How did I fight my loneliness and win?

For two months, I’ve tried out many new ways to overcome the language barrier and talk to people I come across. Some went well and some didn’t. And now that I’m in a much better state than I was when I just arrived, here are the three lessons I’ve drawn for myself to overcome the struggle.

I have not always been particularly confident about speaking English, especially with strangers. But I quickly realize that improving my English does not only benefit my academic performance but it is also key to helping me make friends. So I tried and learned a lot from paying attention to the daily conversations that happen around me.

One time, I had some issues registering for courses so went to the library’s Tech Spot for help when a student there asked me, “are you on a laptop or desktop?” The use of “on” here was fresh to me. If I say the same thing, I would probably say, “do you use a laptop or desktop?” and so I was a bit confused about the meaning of the sentence but quickly realized what the student was referring to. After the encounter, I wrote this sentence on a note on my phone and I do the same for new discoveries that I find in daily conversations.

I felt my English improved a lot with this method and because of that, I have become more confident to talk to people and have more chances to make friends with American friends or friends from other countries.

The most important thing I found in the struggle to fit in and make friends in this foreign country is to keep being myself.

Don’t tailor yourself ruthlessly to others’ likings and most importantly, don’t make up interests or hobbies out of fears that you don’t have a lot of things in common with other people. Because even though you might have more friends by doing this, you would have become a totally different person along the way and this won’t make you happy at the end of the day.

Yunjia, now in her new apartment closer to school so she could meet with friends outside classes more often. Photo: Suhra Nahib

It’s great to have some close local friends, but it’s also OK if you don’t have any. Being alone doesn’t mean you are not a nice person there is no need to try to make friends with someone who doesn’t fit you at all.

Some people, like me, might not know how to approach students of different nationalities, worrying about the big cultural differences.

Although the culture difference is huge, but we are humans and we share common feelings. If you don’t know how to talk to Americans, use the same way you talk to people at home. In most cases, it works.

Keep in mind that we are all human beings and we might have similar interests and hobbies. Be friendly and helpful to people around you, and they will respond the same way.