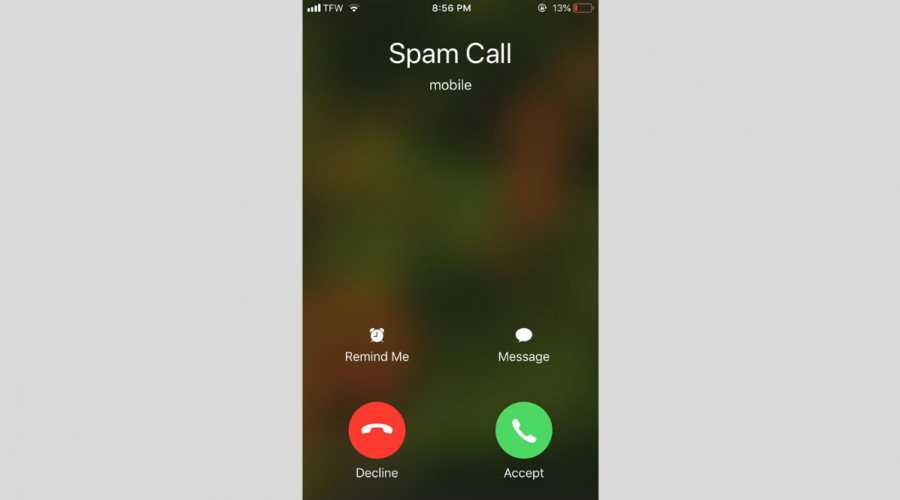 With the tax season of April coming close, my voicemail is inundated with messages asking me to call them back so they can help me, among other things, pay my overdue tax to the IRS and offset my enormous credit card debts to avoid having my student visa revoked. All around the U.S., millions of other international students are receiving the same scam emails, calls and voicemails and every year, thousands of whom would fall for these tricks and lose their money.

Educate yourself about the latest scam tactics.

Talk to friends about suspicious requests or behaviors.

These are the actions people took that help them avoid becoming a victim of phone and online scams, according to a report from the FINRA Investor Education Foundation, the BBB Institute for Marketplace Trust, and the Stanford Center on Longevity.

The 2019 survey seeking to understand why people are targeted and fall for scams was conducted among more than 1,400 individuals who submitted a fraud report to BBB Scam Tracker between 2015 and 2018. The survey discovered several differences between people who fall for scams and people who don’t. Here are some of the things people who successfully avoided scams did:

1. They talked about the scam with other people

Scammers will repeatedly tell the victim not to tell anyone else about the “problem” or “crime” about the situation. The reason why they don’t want the targeted victim to talk to other people is that outsiders with a fresh eye on the subject would immediately flag the scam. So, whenever you smell something fishy about an offer or an accusation that you committed a crime on a call or an email, tell someone about it.

2. They didn’t engage with scammers and their offers

Engaging with the fraudster is the first step to being victimized by a scam. Nearly half of the people surveyed said they rejected the offer upfront. They did this either by hanging up the phone, ignoring the email, deleting the friend request, or refusing to comply with any requests. Meanwhile, nearly a quarter of the people who said they engaged with the fraudster ended up losing money.

3. They educated themselves about scam tactics

Being aware of common scams and tactics beforehand proved to be more effective at preventing fraud than researching about scams while it happens, the report found. To update yourself about the most recent scam tactics, visit the Federal Trade Commission’s website dedicated to alerting people about the latest scams and how to recognize the warning signs. If you encountered or heard of a scam, besides reporting it to local police, report it to the Federal Trade Commission.

Screenshot of the FTC’s website where you can report an identity threat and get alerts for latest scam tactics. Photo courtesy: FTC

According to the agency, these scam callers are usually aware of a student’s immigration status, plus their major or the school they are attending. They would tell the student there is an issue with their immigration status or that they have to renew their visa under U.S. law, then they demand payment for fees of up to thousands of dollars.

These callers make threats such as to arrest or to deport if the students refuse to pay, and the method of payment they usually demand is through gift cards or a cryptocurrency like Bitcoin, according to the FTC.

The FTC added that the U.S. federal government would not make such calls or demand for such payments. The agency advised that any caller who requests to be paid with gift cards or cryptocurrency is a scammer because this type of payment enables them to get away with the money without a trace.

What actions can you take to avoid receiving spam calls?

There are a number of free spam blocker apps on Apple or Google app store that aims to show the “true” caller ID for unknown contacts and alert you if it detects that an incoming call is spam or scam. Most applications are free to install but require a fee if you want to upgrade for more protection.

Check your bills for irregular purchase/fee or suspicious large deposits and withdrawals. All of these are signs of someone having control over your accounts.

Register for the National Do Not Call Registry

You can register for free your home or mobile phone on the Federal Trade Commision website to avoid receiving telemarketing calls. However, other types of organizations including charities, political groups, debt collectors and surveys may still call you after your registration.

Screenshot of the National Do Not Call Registry page on the FTC’s website. Photo courtesy: FTC

A credit monitoring service reviews your credit reports for suspicious changes that is indicative of a potential fraud and notify the customer. This type of service usually requires annual membership, with monthly fees as low as $9 per month.

This action is a must if you already disclosed critical information to a scammer, for example your card number, your ID number, the last 4 digits of your Social Security number and so on.