How Halloween is celebrated around the globe 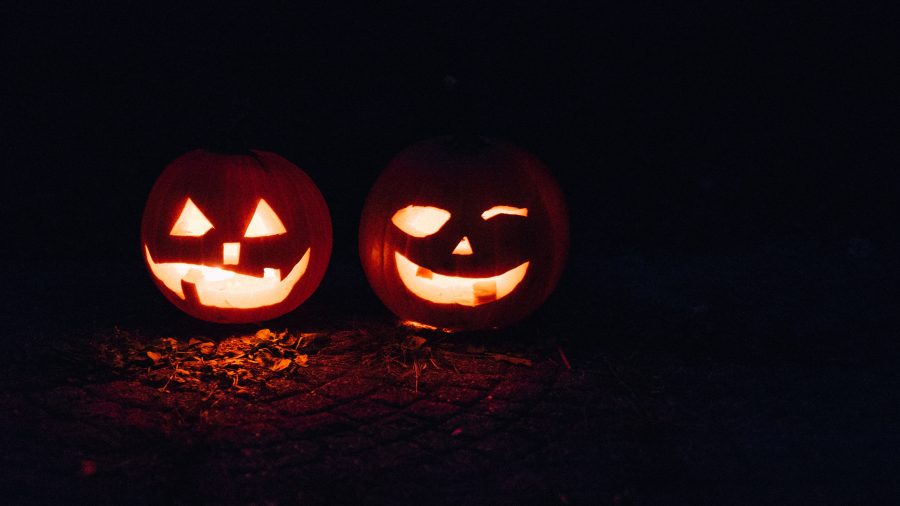 “What Star Wars character are you going to be this year?” a student asks his study partner at the library.  “Really, Boba Fett again?”

These are very common conversations happening at schools and workplaces all over the U.S. as the spookiest day of the year approaches. However, in a city made up of large communities of international students like Boston, Halloween can be viewed in many different ways by international students. Most students follow American traditions like partying on “Halloweekend,” wearing do-it-yourself costumes or going house per house asking for candy and eating infinite amounts of sugar.

We spoke with international students on campuses in Boston to find out interesting ways people celebrate — or not celebrate — Halloween at home.

Coming from Shibuya, Tokyo’s major center of fashion and nightlife and arguably one of the most exciting places to be on Halloween, Ena Ozaki, a Ph.D. student from Boston University thinks going out for the day is more of a nuisance than a joy. She said her hometown, Shibuya is often overcrowded on Halloween. “Boys and girls get together in the Main Street of the city. I personally don’t go out on Halloween for that,” Ozaki said. Shibuya is a city famous for crowds of partygoers drinking and dancing on the streets. “It’s kind of a wild party,” she said. This kind of celebration has caused troubles and damages throughout the years and frequent police patrol is always required. This year, Tokyo’s Shibuya Ward announced its plan to spend 100 million yen (approximately $900,000 U.S.) on security for Halloween celebrations. Ozaki won’t be missing this party, but definitely will watch live-streaming videos from home.

A snippet of Shibuya’s busy street at night. Photo by Andre Benz on Unsplash

In the United Kingdom, it doesn’t differ so much from American celebration. “I dress up, go trick or treating or to some sort of party,” Max Littlewood, a 20-year-old History major at Northeastern, said about what he does on Halloween in London, his city of birth. He said the holiday is celebrated, in many ways, similarly in the U.K., but that it’s “a much bigger deal in the U.S.” When asked why,  he said it’s great how Halloween can turn out to be a huge party that everyone wants to take part in. “I celebrate because many of my friends celebrate it. It’s a fun thing to do once a year,” Littlewood said.

“Irish Halloween means seeing people drinking in bars, like all the time, but wearing costumes,” said Ruth Keogh, a 22-year-old senior at Northeastern University who comes from Galway, Ireland, a place she describes as having a big drinking culture. For her, Irish Halloween means seeing people having a good time. “There are usually bonfires and people drinking around them,” Keogh said.

Both Keogh and Littlewood, agree that Halloween in the U.S. is more fun and exciting as people take their costumes seriously. “I love dressing up and seeing all the costumes. I once got into a club for free because of my costume, and it was just Minnie Mouse,” she said,

“Halloween means having an excuse to dress up and marking the end of autumn.”

Carolina Prieto, a 27-year-old exchange student in Kaplan International Languages from Colombia, believes Halloween is mostly a celebration for children. In her hometown, Medellín, the kids not only go trick-or-treating on houses or buildings but inside stores in the malls as well. For young adults like her, it’s another excuse to throw a big party. “There are contests for the best costumes and if you win you may have free drinks,” she said. Prieto is excited about living the experience in the U.S. “I just know how it is for what I’ve seen in movies,” she said.

During Qingming, people often burn paper money in hopes that the dead can use this money to buy happiness in their afterlife. “Qingming Festival” by kevinykchan is licensed under CC BY-NC 2.0

Song said there is a day in China where people remember relatives who passed away known as Qingming Festival. The difference, she said, is that in China, the day is not an occasion for celebration. “For us, it’s a sad day,” Song said. On Halloween in the U.S., Song tried to do activities like pumpkin carving and trick-or-treating, although she said asking candy for strangers still feels weird.

“Halloween, it’s not part of our history or culture,” said Ifeoma Arize, a 20-year-old at Boston University student from Abuja, Nigeria. “There’s also a notion among our parent’s generation that it is diabolical.” But, Arize tries to make the most of her American college experience. She said she will use Halloween as a reason to go to a party and wear a costume, but she won’t consider it a holy day or celebration.

From these short conversations, we can agree that Halloween is one of those popular holidays celebrated in the U.S. that is also celebrated in other parts of the world. Although not every country follows the celebration, there is an ingredient that is universal: having a fun celebration party with friends or family.

Whatever your plans are for this coming Oct. 31, our advice is to ask your classmate, roommate or any person you know what their plans are and join them. This could be a good opportunity to get to know people and immerse yourself in American culture. Check your social media feed early on to spot free activities hosted around the city such as pumpkin carving or costume competitions or simply gather a group of friends and try going trick-or-treating in your neighborhood (explain gently that you are an international student and that this is your first ever Halloween celebration in the U.S.). Infinite amounts of sugar with friends is never a bad idea. Like Littlewood said: “It’s a fun thing to do once a year.”

This year, a two-day pumpkin carving event was held for free at the Lawn on D in South Boston. Photo: Ha Ta

Ha Ta, graduate student at Northeastern University with a finished piece of smiling pumpkin on the Lawn on D pumpkin patch. The event is free. Photo: Suhra Nahib

A small reminder is to be creative with your costume. You don’t have to spend too much, small accessories and scary masks are acceptable too. Just please, don’t wear the Bobba Fett costume again.