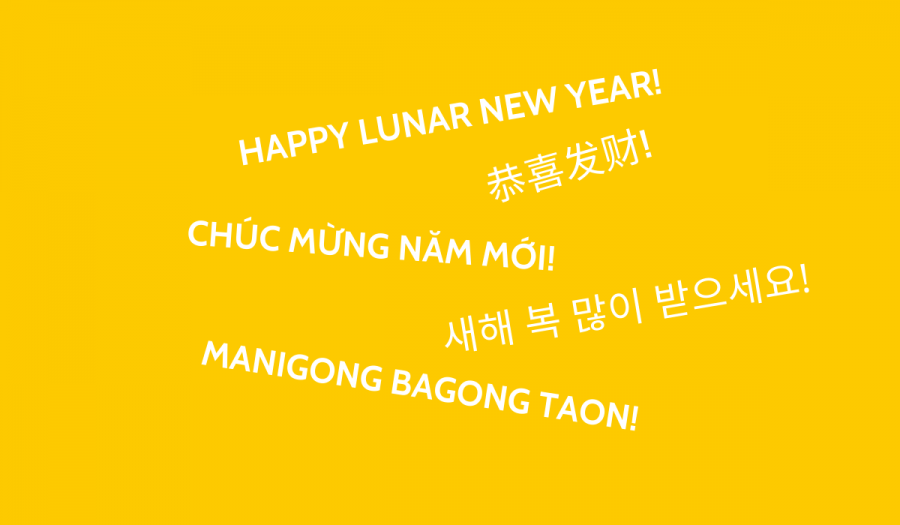 Welcome to the Year of the Rat!

Chinese New Year is considerably the most important holiday in China. The celebration date differs every year because it is observed based on the Lunar calendar. In 2020, the holiday begins on January 25 and marks the start of the Year of the Rat, the first animal of the 12 in the Chinese Zodiac to reach the gates of heaven. But the festival is not celebrated exclusively in China.

Although many people in the western hemisphere refer to the festivities as “Chinese New Year,” other Asian countries, including the Philippines, Korea, Vietnam and Tibet, celebrate the occasion as well.

There are a few reasons that the Lunar New Year is often called “Chinese New Year” instead. Though many people are unaware, the two are actually slightly different celebrations.

The Chinese New Year is based around the Chinese lunisolar calendar. This calendar uses the movement of both the sun and moon to calculate months, as opposed to the Gregorian calendar where only the sun’s movements are accounted for. In Tibet, their Lunar New Year is based purely on the Lunar cycle (roughly 50 days later than the solar calendar) and thus happens a bit later in the year.

Many Asian countries adopted the Chinese lunisolar calendar, which is why their Lunar New Year celebrations occur at the same time.

Now, the reason why “Chinese New Year” and “Lunar New Year” are often used interchangeably in the western hemisphere has much to do with conventions set by the first Chinese immigrants.

In the 19th and 20th centuries, Chinese people were the predominant group of Asians within the Americas, and their holidays and celebrations were noticeably different from the ones practiced by Americans. In order for Westerners to differentiate the Lunar New Year from the Solar New Year, they simply named it after the largest group of people celebrating the occasion.

What was meant as a practice to distinguish the two celebrations, however, has become a sore point for some Asian groups around the world, most notably Asian Americans.

The inescapable fact is that many Asian countries, including Korea, were largely influenced by Chinese history and culture. As a Korean American, it still somewhat irks me when Westerners ask me “are you celebrating the Chinese New Year?”

For some non-Chinese Asians and Asian Americans, the lack of distinction may feel a tad othering and borne of ignorance. In my experience, this feeling is generally more common among the Asian American diaspora. Although the custom of referring to the celebration as “Chinese New Year” may be hard to break, “Lunar New Year” includes more people in the celebrations, and the more the merrier!

Earlier this week, Global Observer writer Angela Tian reported on some activities Chinese people might do during their New Year celebrations. Below, check out some of the similar and unique Lunar New Year experiences from some other Asian countries, and have a great Lunar New Year!

Although I haven’t formally celebrated New Year with extended family in Korea for almost a decade, I still remember some of the festivities vividly.

The holiday is called Seollal, which generally means “new year.” Eumnyeok Seollal specifically is for the lunar new year. It is a familial celebration over a period of three days: the day before, the day of, and the day after. Seollal has become increasingly expensive to celebrate as it requires traveling back to one’s hometown, preparing extensive gifts and even wearing traditional hanbok.

Although the Lunar New Year has been celebrated with members of the family dressed in hanbok robes, many people now prefer to wear less expensive and more comfortable western-style clothes. 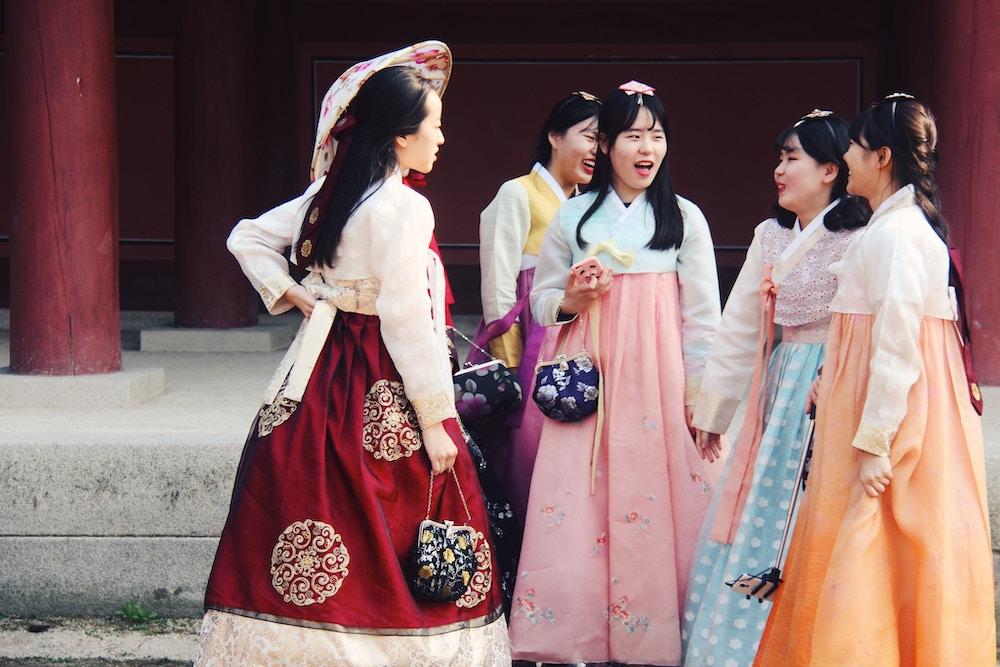 White rice cake (tteok) is seen as a symbol of purity and meant to cleanse the body for the New Year. Photo courtesy: Wikipedia Common

The extent of celebrations differs by family. Some go all the way and prepare tables of food for ancestors, to which every one bows deeply.

Sebae, which means “elder worship,” is a form of filial piety performed by younger and older members of the family. Grandchildren may bow to both their parents and their grandparents. The parents bow to their parents, and perhaps also their parents-in-law. While performing the single bow, they say “please receive many blessings/good fortune for the new year.” Often the children are rewarded with pocket money put into silk bags. These are called “bokjumeoni” (복주머니) and literally mean, “pocket of fortune.”

After the bowing rites and a feast, Koreans often play folk games. Three of the more common ones are hwatu, jegichagi and yutnori.

Hwatu, modernized into Go-Stop, is a card game that requires set matching and a fair amount of strategy. Jegichagi involves kicking a footbag with the winner having highest count of kicks before letting the bag drop. Finally, yutnori is a game involving four wooden sticks with unique symbols on them, and tossing determines one’s position/score on a board.

Oftentimes, the gifts that people bring to the celebrations are used as prizes and an incentive to win these games. Although many traditional aspects have been modernized or taken out of Seollal celebrations entirely for some people, the Lunar New Year is still a time where family comes together to wish each other good fortune in the new year.

Ha Ta, a 2nd year journalism graduate student at Northeastern University, is from Vietnam. She has missed the Lunar New Year celebration or Tết in Vietnam for two consecutive years. Here’s her description of Lunar New Year in Vietnam.

In Vietnam, Lunar New Year is referred to as “Tết Nguyên Đán” (literal meaning: the first morning of the first day of the New Year). It is an official national holiday and although the main celebration spans about three days – the day before, the day of and the day after new year, Vietnamese people usually gets five to seven days off to spend time with their family. Just like Christmas in the U.S., Tết in Vietnam is a travelling season, with people returning to their hometowns to celebrate the occasion with family. Being home is important because Vietnamese culture emphasizes remembering one’s ancestors and strengthening families bonds during this special time of the year.

For decorations, people generally decorate their houses with big pots of flowers or fruits (the equivalence of a Christmas tree). They also use red color papers or cloths and pictures or cutouts of the symbol animal of that year. This year is the Year of the Rat so you can expect to see a lot of cute rat decorations around a Vietnamese neighborhood. On the altar, people like to assemble a set of fruits whose names combine to say “Pray for just enough wealth to spend.” If you’re curious, the fruits are sugar apple, coconut, papaya and mango. Some people can get creative with this process, assembling fruits based on what they wish for.

Poster of Tết in Boston featuring a rat. Tết in Boston is an annual celebration of Lunar New Year organized by the Vietnamese-American Community of Massachusetts. Photo: Ha Ta

One of the most popular dishes enjoyed by Vietnamese during the Lunar New Year, beside spring rolls and boiled chicken, is banh tet and banh chung, a cylinder and square cake made of rice, mashed mung beans and pork, wrapped in banana leaves and boiled. A side dish to enjoy with the meal is pickled onions of different styles.

Bánh chưng (left), a rice cake wrapped in banana leaves that are exclusively made and enjoyed during Tet holiday. A Tet feast (right) with dishes to accompany banh chung. Photo courtesy: Nghi Nguyen

In the past, both men and women wear the traditional costume ao dai. Nowadays however, more women wear ao dai than men as men often opt for a more modern look with the Western polo shirt or dress shirt and vest.

On New Year’s Day and the following days, people love to wear red clothing as a sign of good luck for the whole year. It is believed that the first person to come to your house on New Year’s Day will have a significant impact on the fortune of the family for the whole year, therefore some people selected the person beforehand and ask them to come early on New Year’s morning to “break the house” for them. People greet each other on New Year’s Day with wishes praying for good health, good fortune and more wealth while the elders give out lucky money in red envelopes to kids and their juniors.

Celebration in the Philippines

In the Philippines, the Lunar New Year is celebrated mainly by the Chinese-Filipino population. However, the celebration has been picked up by other groups in the country, according to Mariane Cantimbuhan, a Law student at De La Salle University College of Law in Manila. The Lunar New Year is not an official holiday in the Philippines but Cantimbuhan said classes are suspended on this day to pave way for the celebration.

Cantimbuhan said her Chinese-Filipino friends often celebrate the festival by giving out sticky rice cakes placed in red boxes called “Tikoy,” which is a sign of good luck. “They say that when someone gives you that, you must finish it all for good luck and prosperity.”

In addition, people also wear red clothing during the holiday to bring about good luck for the new year. “More often than not, the Chinese and the Filipino-Chinese community complete and serve on their table 13 bountiful fruits, all of which are circular in shape.” 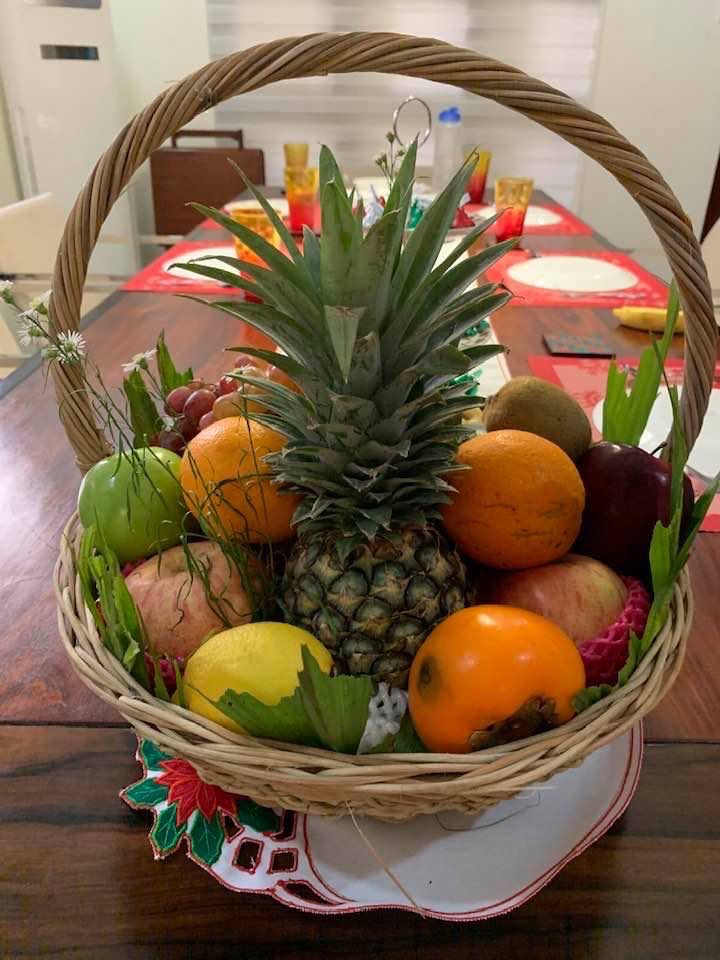