At the epicenter of the coronavirus: A mix of fear and boredom 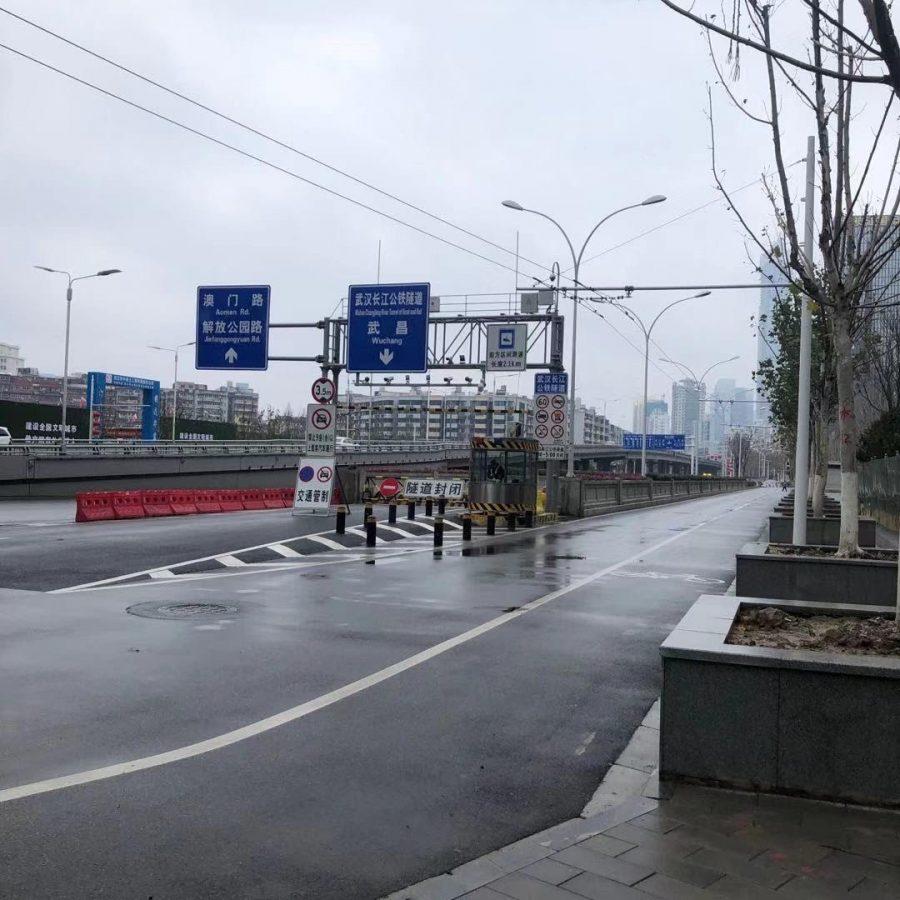 A picture with warning signs of ‘Traffic control’ and ‘Tunnel closed’ on the once busy street in Wuhan. Photo courtesy: Yang Gao

The Spring Festival has always been  the biggest holiday and the happiest time of year in China , when families reunite and friends get together. The city of Wuhan, the most populous city in Central China, is supposed to be the most lively these   days, with thousands of people crowding the streets.

But then the coronavirus happened.

On Jan. 23, Chinese authorities shut down all transportation in and out of Wuhan, a city of more than 11 million people. Before this, millions of people have been confined at home since the first reported instances of respiratory illness caused by the newly identified coronavirus.

Ziyi Wu, a resident of Wuhan and recent graduate of the Chinese University of Hong Kong, had spent 14 straight days in her house at the time of this  interview. Asked what she had done that day, Ziyi said, “Our family of three sat in our home for a whole day.” Her father wanted to walk the dog in the yard  outside the house to get some fresh air, but was too afraid to do so.

A picture with warning signs of ‘Traffic control’ and  ‘Tunnel closed’ on the once busy street in Wuhan. Photo courtesy: Yang Gao

Her mother listened carefully to hear if the neighbor next door was coughing, which could be a sign that they are infected with the virus.

“It is so quiet and boring in the house,” Ziyi spoke about how the plant on the windowsill bowed its head in the morning and began to stretch slowly at noon.

Her family listened to breaking news about the virus, which was constantly updated, showing the increasing number of people infected. The coronavirus has infected thousands of people in China, leaving hundreds dead, as of Feb. 6, the death toll from the virus has risen to 600 as the number of cases passes 31,000, according to CBS News Cases have been reported in at least 27 other countries, according to the US Centers for Disease Control and Prevention (CDC) .

Wuhan is mostly silent these days, without the celebratory atmosphere typically associated with Chinese New Year. On social media, they see numerous messages from friends, who contacted to see  if they are infected.

“I can’t answer those messages,” said Wu, citing that she is too overwhelmed. “I don’t know what’s happening in the outside world and I don’t dare to think about it. People said that China’s 20 years of economic progress will regress in the affected areas, like Wuhan.”

“This new year, my hometown has become a ‘biochemical crisis,'” she said. But she said she appreciates that her family is together, providing a small island of warmth, simplicity, and cleanliness, in a time filled with turbulence and disease.

A subway employee stands alone at the entrance of Wuhan subway, which has been shut down since after the outbreak. Photo courtesy: Yang Gao

Quanze Fang goes to school at a university in Wuhan, but lives in a nearby city, which has not been blocked.

He bought a train ticket back to his school at the end of last year, but  cannot return because of the shutdown, his school has not reopened since.

Fang misses school in Wuhan and his life there. “I haven’t eaten at my favorite local noodle shop near my school for a long time. The owner sometimes feeds me with extra pickles. But I don’t know when I can go back there again with my friends.”

He even misses the crush of passengers on the subway, which is shut down. He worries about when he will be able to go back to school.

“This spring semester, I wish I could be cycling on Yuyuan Avenue, looking up at the shadows and sunshine, made by the familiar trees in our school,” he said. “Wuhan is a beautiful city, and she is just sick for now.” But the people of China will pull together to help her recover, he concluded.