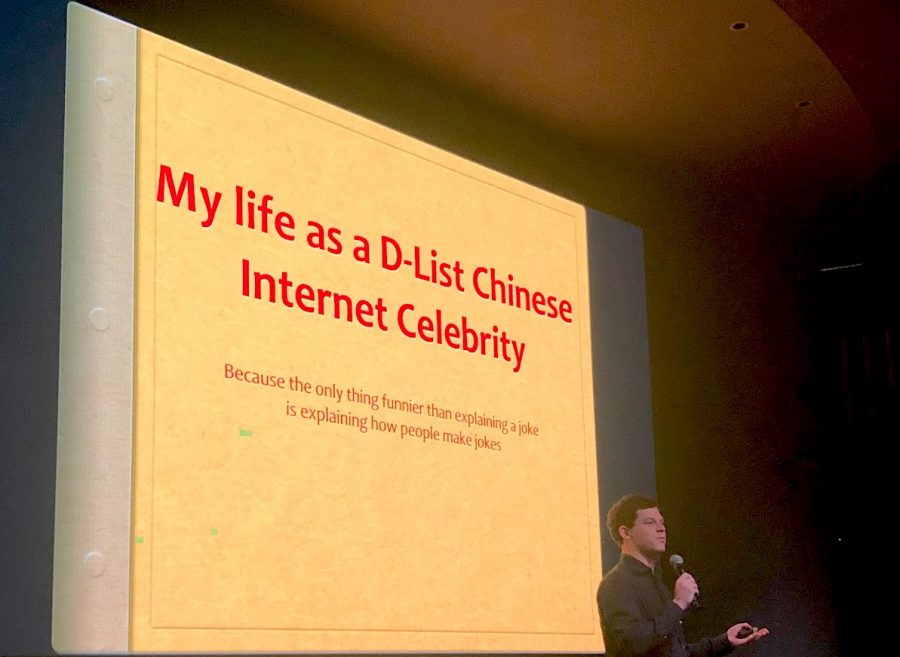 Not many American stand-up comedians make it in China, especially when their language of performance is Chinese. But Massachusetts native Jesse Appell has beaten all the odds and is rapidly becoming a star there.

His routine often includes poking fun at the stereotypical Boston accent while joking about being from the U.S., a recipe proven to make Chinese audience laugh.

Appell, who brought his bilingual act to Northeastern University last Friday, took to the stage with a cause: Helping fund raise for medical help in Wuhan, center of the coronavirus epidemic.

Sponsored by the Northeastern Chinese Language Program, the Asian Studies Program and CSSA, the event took place in ISEC’s lecture theatre and attracted over 150 students and faculty members, as well as many others.

Appell, a graduate of Brandeis University and former Fulbright Scholar, is a Newton native, but has made it one of his life goals to bridge the gap between American and Chinese through comedy. One of the ways he does this is through LaughBeijing, a project that mixes the comedic cultures of both societies, into one understandable language.

The event also featured a presentation by WeStar, a non-profit organisation from Weston that helps deliver medical supplies and assistance to Wuhan. The organization said it ships supplies directly from Boston to hospitals in Wuhan. So far, the organisation has raised over $190,000 in relief efforts and have sent a total of eight shipments to the city.

Appell’s act, “My life as a D-list Chinese Internet Celebrity,” offered a humorous take of his life in China and how he became a popular Chinese-speaking comedian. 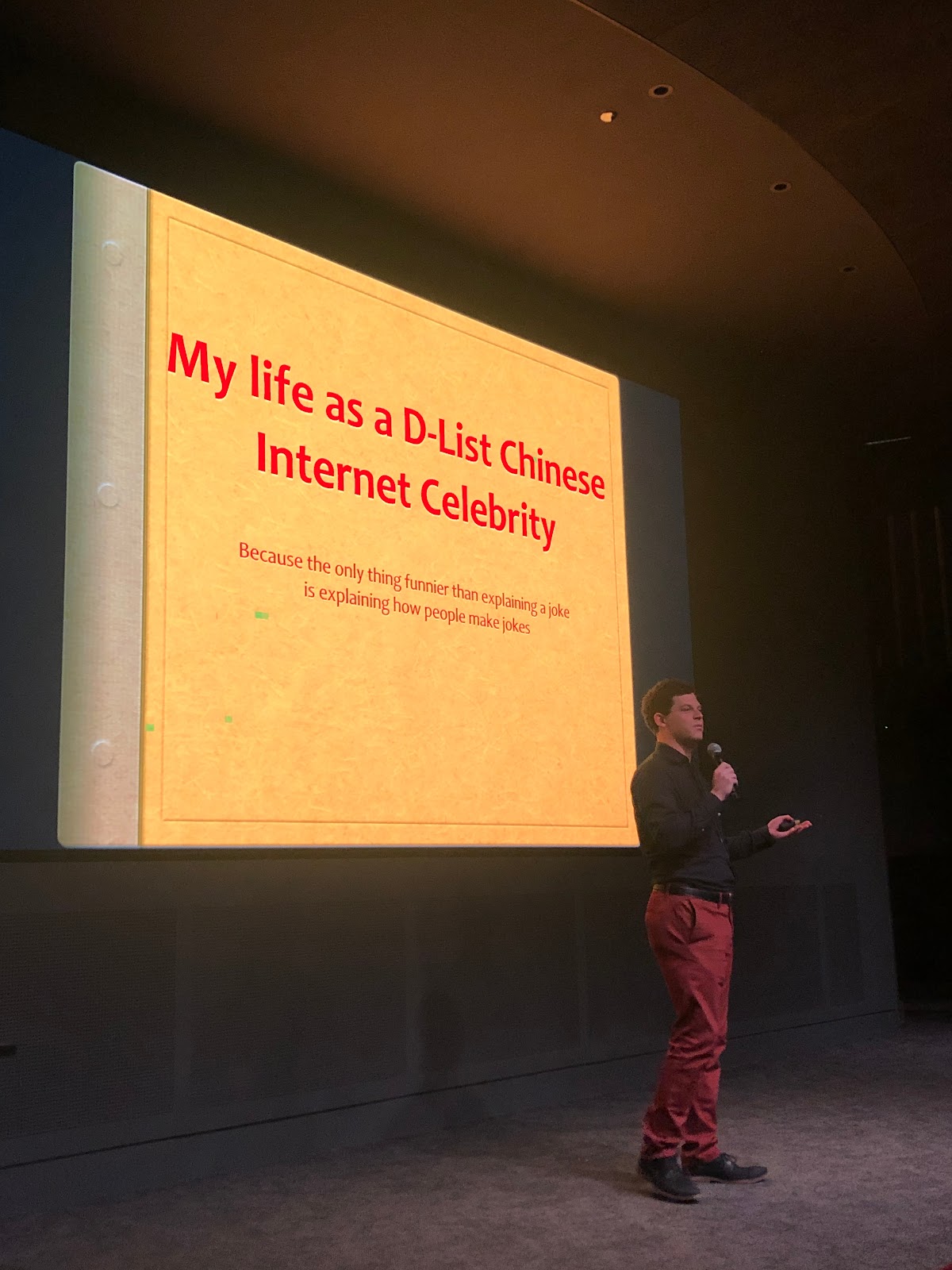 Appelle started out by practicing Xiangsheng, a popular form of stand-up in Chinese comedy. He studied with Ding Laoshi, a master comedian, since 2012, who taught him that being successful requires four skills. One of these skills is having the ability to speak with purpose. He then demonstrated Dilitu, the ability to rapidly name all of the countries in Asia. The second, Xue, is the power to imitate those around you. The last skill is the ability to sing, which is more surprising, given most Western comedy doesn’t involve singing.

Appelle is skilled at talking quickly in his performances. Throughout the night he would draw parallels and differences between Chinese and American comedy styles, such as the type of content covered in each type, and how he incorporates both style in his routine.

During his performance, Appell also provided insights into life and the comedy scene in China. He touched on topics such as moving to Beijing alone and being stopped by U.S. Customs due to his frequent trips to and from China, but the most prominent topic he covered was being Caucasian in China.

Part of his presentation was in Chinese, which got the Chinese-speaking members of the audience involved as much as the English-speakers.

He finished by bringing a sense of humour to the Coronavirus epidemic through funny photos and TikTok videos made by Chinese citizens under quarantine in their homes.

Organiser Hua Dong has been an admirer of Jesse’s work for a while, even using it as educational content when teaching Chinese to students.

“The students all love his creativity and sharp observation of the Chinese society,” Dong said. She finds his fluent Chinese to be inspirational to those learning the language.

Booking Appell for events has become increasingly hard due to his heightened popularity in China. However, the travel ban due to the Coronavirus outbreak meant he was not able to return to Beijing after visiting his parents in Newton.

Appell’s performances can be found here.