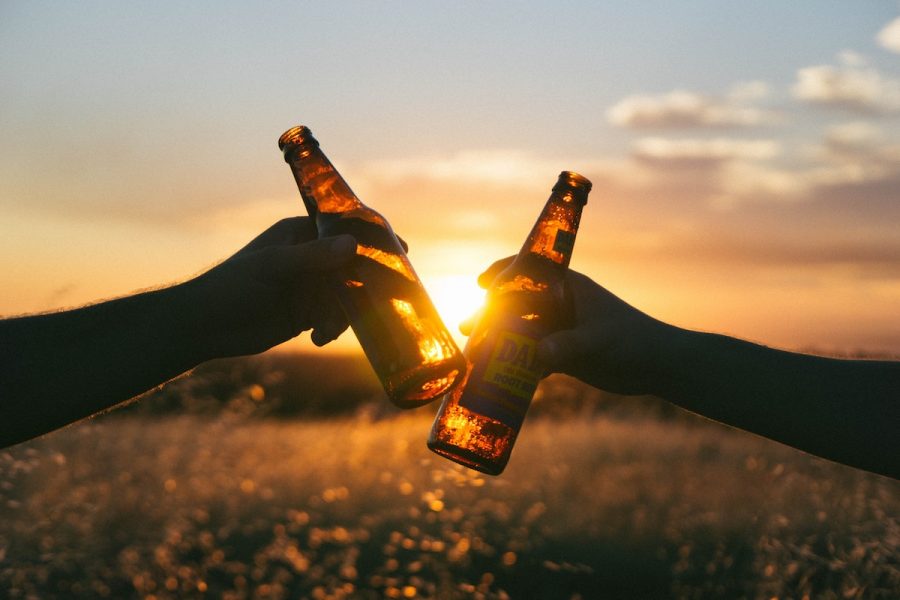 Before coming to the US, most international students get to know the American college life by watching American T.V. shows. If there is a constant thread we learned from those shows, it is that college life here revolves around wild parties and drinking. For some international students, however, their religion prohibits them from drinking. Does this take away their American college experience and how do people navigate that?

We interviewed Muslim students about their experience transitioning from a culture that discourages the use of alcohol to living college life in the U.S. Coming from different parts of the Middle East, their stories represent the various lifestyles people lead within the same religion — and the different outlooks they have toward drinking.

Dariga Abishbayeva, a Northeastern University student from Kazakhstan, said her parents allow her to drink as long as she does it responsibly.

“I am Muslim. But my family isn’t intense Muslim. We don’t read the Quran five times a day. In my family, not everyone drinks, obviously because of religion but not only because of that,” said Abishbayeva, “No one in the family drinks except for my dad but I know some people whose families don’t allow drinking at all.”

Similar to the United States, Kazakhstan’s legal drinking age starts at 21, “but because it is so corrupt [the law], people drink at any age,” Abishbayeva said.

She said that teenagers don’t usually have fake IDs because stores and vendors are willing to overlook proper documentation. “They need money, so if you look mature enough, they will serve you alcohol,” she said.

Abishbayeva said that her friends from Kazakhstan never tried to influence her to drink but once here, she definitely felt peer pressured to do that.

When asked what the biggest difference between the social landscape of both countries is, Abishbayeva said it is the way Americans treat alcohol. “I would say here [in the U.S.] people drink way more than there [in Kazakhstan]. People drink here to get ‘blackout.’ People there drink more to have fun and dance,” she said, “Here, people also do it for fun, but it’s more to hook up or blackout.”

Suhra, another Muslim student at Northeastern University, said she thinks that Americans tend to chase the high of feeling drunk and intoxicated over drinking for pleasure.

“We start [drinking] at 18 and they [Americans] start at 21. Those who didn’t start at a young age in the United States feel like they need to party hard,” Suhra said, “While we, by the time we’re 21 or 24, we’re done drinking. We’re too tired of drinking … while Americans still drink until they’re 26.”

Suhra was born in Kabul, Afghanistan, where the sale of alcohol is prohibited at any age. When she turned 14 years old, her family moved to the capital of the Czech Republic.

In Prague, Suhra got to experience an extremely liberal drinking culture. Although the law only allows drinking at 18, Suhra said people start drinking as early as 14 or 15.

“Regulations are not very reinforced, like in [the U.S.], where you would have to have a fake ID to get alcohol,” she said, “We have convenience stores in Prague where they wouldn’t check your ID unless there are [policemen] inside.”

Speaking about her personal experience with drinking, Suhra said: “My family is very open-minded and liberal, so my parents would drink, just not heavily. When it came to other cultural things, like dating, that was very different. They [Europeans] wouldn’t understand us not being allowed to do certain things that they were allowed to do.”

Noor Al Busaidi, a Muslim student from George Washington University, said: “In Oman, if you wanted to do something that was rebellious, you’d start dating someone behind your family’s back. In America, it was very different. Being rebellious was more about drugs or alcohol.”

Al Busaidi is from Oman, a country where alcohol is also mostly prohibited and inaccessible. Her family has a different opinion about alcohol than Shura’s and Abishbayeva’s — they are strictly against it.

“It is a big sin for them and it’s definitely something that they do not encourage at all,” Al Busaidi said.

Al Busaidi thinks the concept of “partying” varies drastically between Oman and the United States. “Back home, when it comes to partying, there will be a lot of music and a lot of dancing but there will be no alcohol. People would be horrified if they figured out that alcohol was being served at a party,” she said.