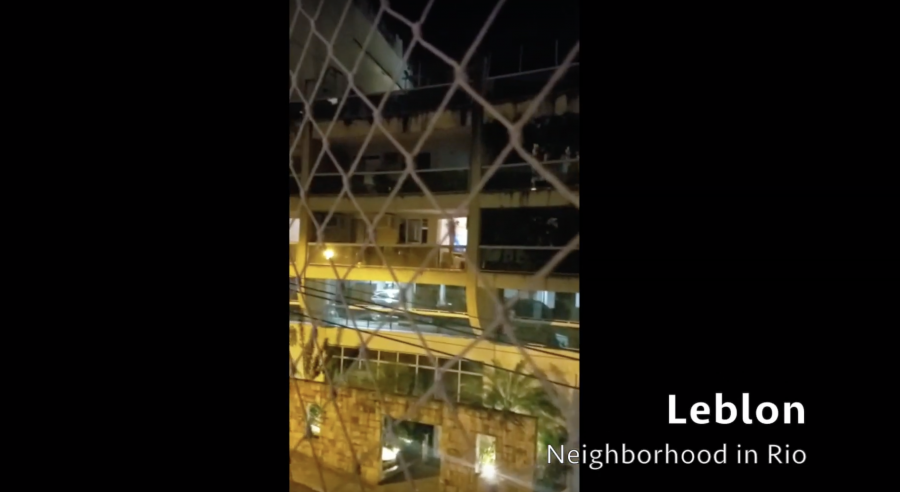 As the number of coronavirus cases rises in Brazil, many citizens have protested against President Jair Bolsonaro, saying he has ignored the seriousness of the crisis.

On Wednesday, March 18, citizens in quarantine protested from their homes in a uniquely Brazilian way — through the “panelaço,” a common form of protest in Brazil, where people bang their pots and pans in the window to make loud noises. In the new era of the coronavirus and self-isolation, it is the best way to protest without putting yourself at risk.

In March, Bolsonaro first addressed the coronavirus pandemic as a “fantasy” and denied the gravity of the issue by deeming preventive measures extreme and “exaggerated.” Shortly after, Bolsonaro, still awaiting the result of his COVID-19 test, took part in a large political demonstration — coming in contact and shaking hands with many of his supporters.

Bolsonaro’s actions came across as insensitive and careless in a time where efforts to contain the virus are crucial to avoid its spread. So on Wednesday night, Brazilians picked up their pots and pans to express their anger.

The ruckus of the “panelaço” took place all over the country. Loud banging noises were accompanied by projections and signs on buildings that read “Fora Bolsonaro” (“Out Bolsonaro”).

The protest took place at around 8:30 p.m. and was immediately followed by a counter “panelaço” of Bolsonaro supporters at 9 p.m.

Brazil has started to implement preventive measures in the country; the majority of businesses  have been shut down and social distancing is now encouraged.

However, in low-income areas of Brazil, concerns are rising over the lack of access to hand sanitizer, soap, and water. The lack of information provided by the government to those communities is also a cause for concern — businesses in those areas are reportedly still open and people are not self-isolating.

Schools and universities are closed and some have announced their transition into online learning.

Gabriela Villas, a 19-year-old student at PUC, a private university in Rio de Janeiro, just had her first test run of online classes. She said the school will be using BigBlueButton and Zoom, two web conference systems.

In a university that averages about 40 students per class, virtual learning might be a challenge. “There were too many people, the audio and video were choppy,” Gabriela said.

Although lectures can be done over video, universities are still figuring out what to do about exams. PUC, like most universities in the country, does not have a platform where students can take online tests.

“They [professors] would like to do exams in person, but I don’t know if that’s going to happen. They want to wait and do them in person when possible,” Gabriela said.

Although public universities and colleges in Brazil are free, students face further problems in the crisis. Isabella Duarte, an engineering student at UFRJ, a public university in Rio, said she is still unsure of when she will have classes again.

Isabella said UFRJ has suspended school for two weeks but has yet to make a concrete announcement about the future of classes. “The computer rooms in the university are always filled with people. Most students can’t even afford books or basic materials for classes, how can they be asked to have access to Internet at home?” Isabella said.