Semana Santa: The sacred holiday of a devoted Spaniard 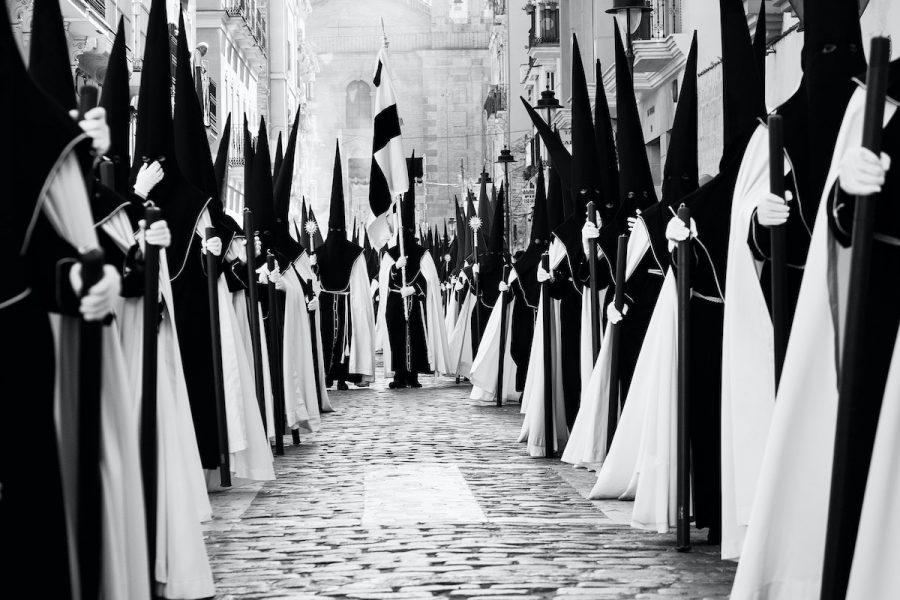 Growing up, my heritage has always been a bit hard to explain. I was born in Madrid, Spain like my mother, but was raised in Levittown, Puerto Rico, like my father. To my parents, our heritage was always an important thing to keep up with, and having more than one, it is always hard to do so. Since I spent most of my upbringing in Puerto Rico, I honor Puerto Rican traditions more than Spanish ones.

But my mother made sure that my Spanish roots never slipped my mind, by having us celebrate holidays like Semana Santa.

Semana Santa translates to “Holy Week,” and it is the annual tribute of the passion of Christ, an event referring to the week of the crucifixion (execution) and resurrection (rebirth) of Jesus in the Bible. The Holy Week falls on April 5 through April 12 this year. Every city in Spain during the week performs a penance procession to celebrate the last week of Lent which happens right before Easter Sunday. Penance procession is a parade by members of “nazarenos” or men that belong to a religious brotherhood called cofradias, they parade around the city with pointed hoods and long robes.

On this special occasion, each city in Spain is defined by their beautiful partake in the processions during Semana Santa. The main festivity, however, is the display of religious art showcased in floats within lavish decorations.

Many artists, musicians and writers use the week as inspiration to recreate religious paintings or to use the week as a background in their creations. An artist whose works speak to me and my experience during Semana Santa is painter Nicholas de Lacy-Brown. My personal favorite work of his are paintings in which he uses the nazarenos as inspiration in an oil painting. Through these artworks, he took the opportunity to debunk the myth of nazarenos having anything to do with the Ku Klux Klan because of their pointy hoods. He even wrote an opinion piece to describe how and why he used Semana Santa as an inspiration for his painting.

Paintings like these are viewed all around the world and have inspired many to travel to Spain to personally experience the beauty of Semana Santa. As this is a religious holiday Spaniards take seriously, the arts created for the celebration is one of the appeals that attract visitors to Spain. Each year tourists leaders provide travelers with guides and maps so they can successfully follow Semana Santa celebrations throughout the country.

To citizens like my family and I who do not get to take part in the festivities in our native Spain, we celebrate Semana Santa by devoting ourselves to Lent. This is the time when we give up something in our lives for 40 days and 40 nights, the same amount of time Jesus Christ gave up food and drink against Satan’s temptation.

During Lent, some might use this time to reach a goal by giving up their chosen activity or material. Others may not specifically give up something but still honor Lent by avoiding the consumption of meat on Fridays and take the time to be at peace mentally and spiritually. 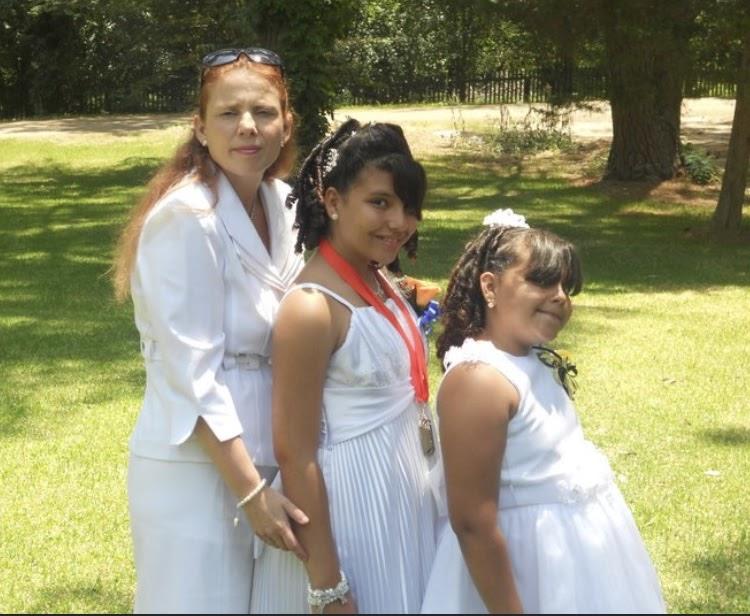 The author (middle) with her mom and sister. Photo courtesy: Maria Guerrero Garcia

I take this time to reflect on the stories my mother told me about her experience of Semana Santa while living in Spain. Since everyone is supposed to stay at home to either pray or hang out with family during this time, my mom and her sister would come up with creative ways on how to spend the holiday. For example, they wrote down what they would like to personally accomplish throughout the holiday so they could pray about it together. They also draw paintings and religious pictures based on what they saw during the nazarenos parade.

Growing up, my mother would show us videos and pictures of the festivities happening in Spain during Semana Santa. She would encourage my sister and I to pray about our goals together just like she did with her sister, as she believed it is a good way for us to bond. As kids, Lent was the time we were not allowed to do anything that would be considered to be fun, so being bored was almost a guarantee. To distract ourselves, we would think about the new outfits we would wear to church during the first Sunday after Easter; the new outfits in this occasion represent a new beginning.

To me, Semana Santa isn’t just a religious Spanish tradition. This is a week that reminds me of half my culture and a way for me to stay connected to the religion I was raised with. To some, New Year’s Day is the time where you should plan to restart your life in some way or accomplish a new goal. Yet for me, Semana Santa is the best time to do so, as it makes me put my goal into action while also reflecting on my spirituality.

These types of holidays are what gives me pride in the different heritages I have. These holidays provide me with a sense of peace, pride and ultimately they allow me to stay connected with my culture, a culture my mother told me to never forget.