How to stay sane during self isolation 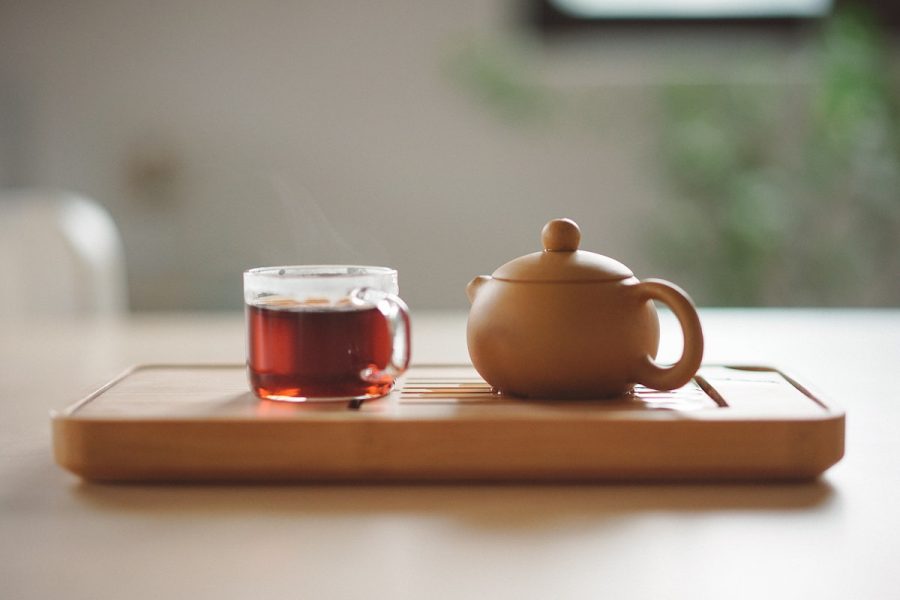 A month ago, my daily routine was simple: I attended classes at Northeastern University during the day, came home in the evenings, freshened up and caught up with my family over hour long calls before going to bed for the night.

When the first cases of COVID-19 started creeping into Massachusetts, I reduced my stress-busting walks to Chestnut Hill. I stopped hanging out at cafes. I cut down on eating at restaurants. Instead, I spent my time stocking up on essentials, and my fickle mind that was used to spontaneity began thinking about the long term.

In many ways, I was subconsciously preparing myself to self-isolate, similar to what countless others were doing in the U.S. and around the world. When Northeastern University announced the transition from in-person to online classes, I had no other incentive to step out of the house, except for the weekly grocery shopping trip to Whole Foods. Nonetheless, I have found it hard to stay at home all day, every day. 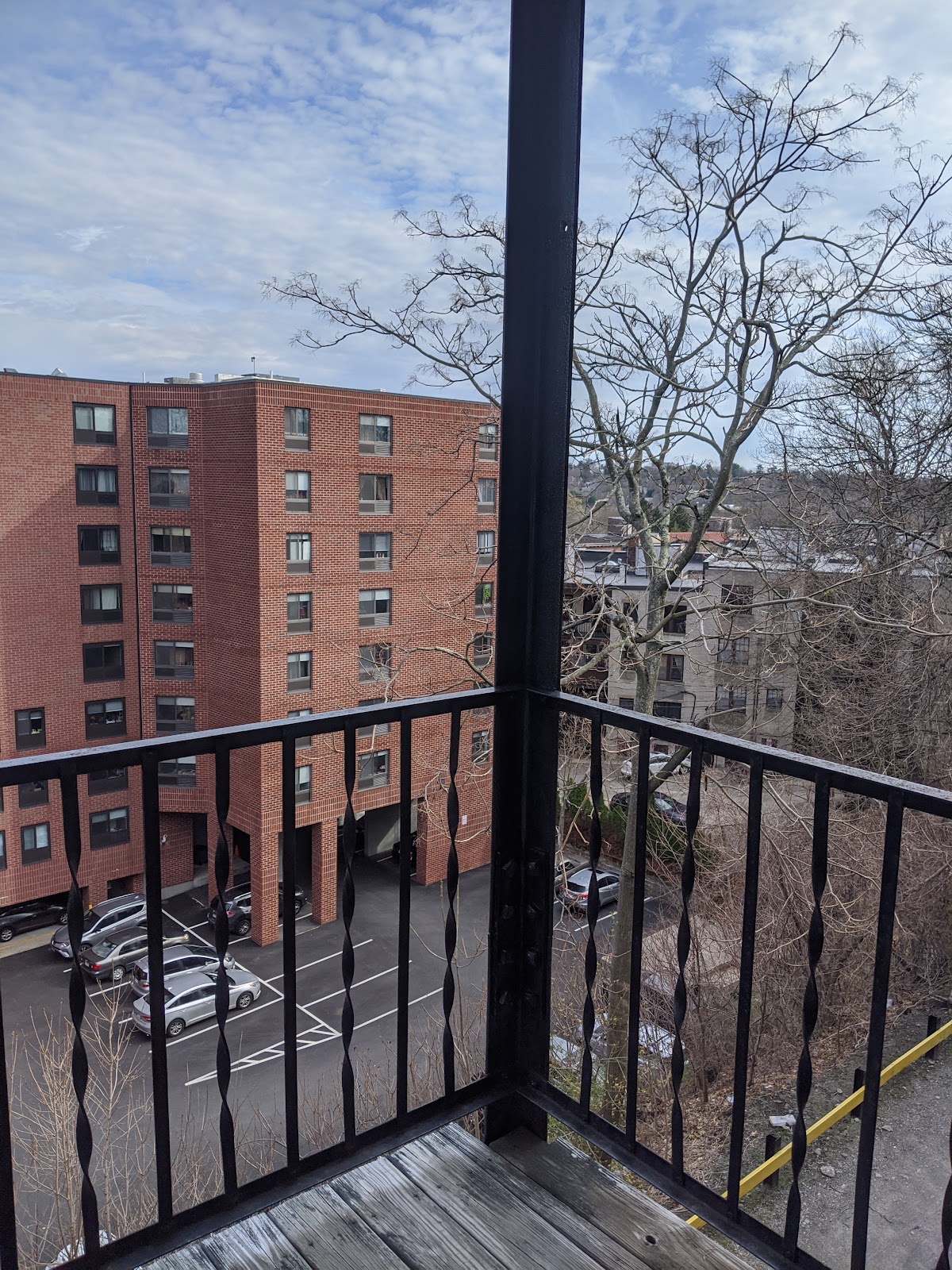 The view outside my window. I dared to venture into my balcony the other day, but minutes later, the strong winds and bone-chilling cold had me scuttling back in. I’ve now learnt to contend myself by sliding the window open. Photo: Sharmila Kuthunur

Similar to many off-campus student-friendly apartments, mine contains two bedrooms, a small hall and a smaller kitchen. My world now consists of four steps from my bedroom to the hall, six from the hall to the kitchen and the same to return to my room where I am holed up most of the time. I share my apartment with three other students, making it close to impossible not to bump into one of them during my trips to and from my room. My love for spacious surroundings was confined to four walls a month ago and it took me a while to quell the yearning to step outside.

A week into self-isolation, I realized I needed to modify the apartment in a way that didn’t feel claustrophobic. I couldn’t move the walls to make the room bigger but I did arrange my furniture to give that illusion. 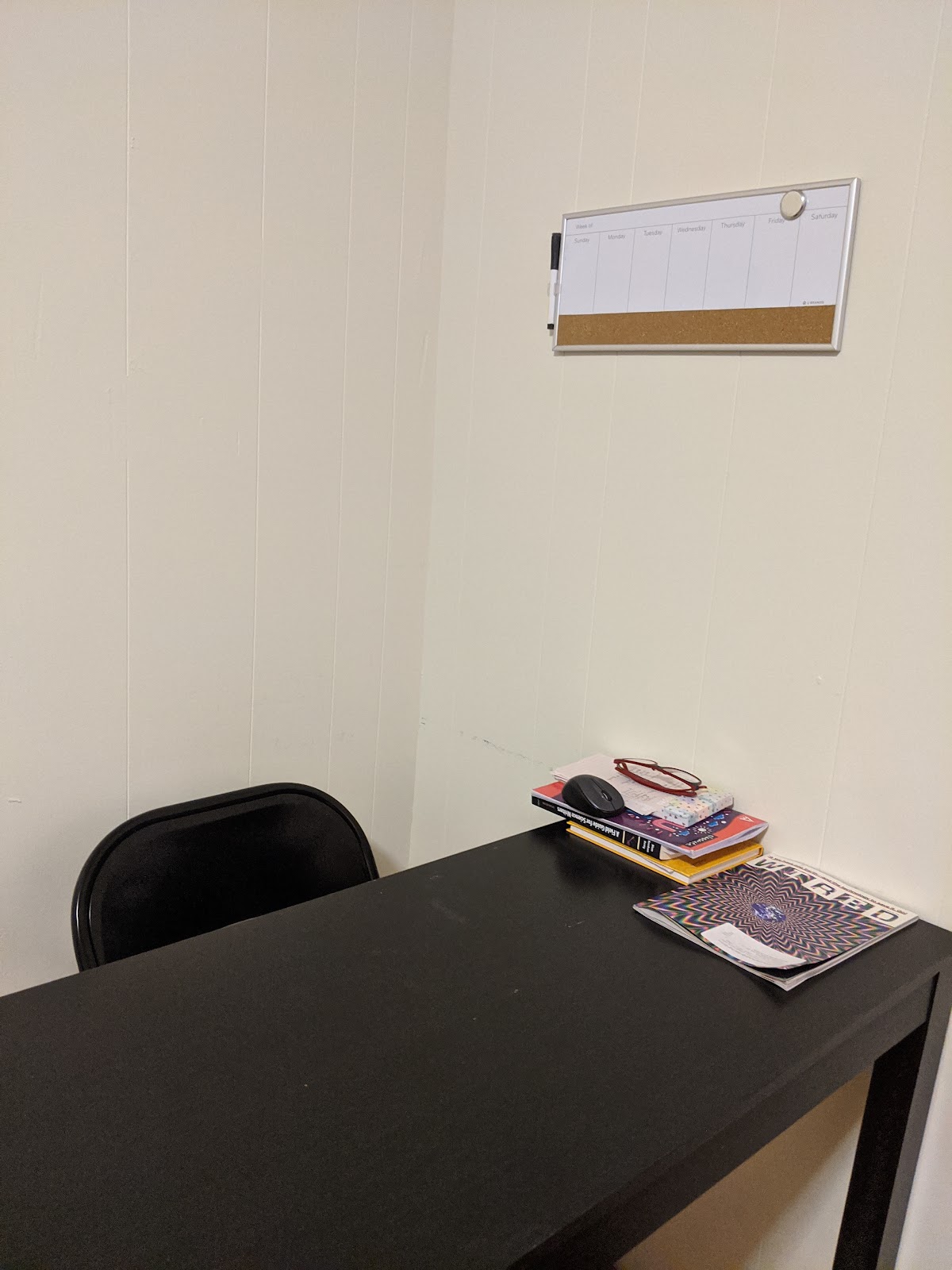 I have always been an advocate for clean spaces, and it has only been amplified in the past month. Messy counter tops freak me out, as do crumpled bed sheets, uncapped pens and abandoned stationery. A table full of items screams at me, simultaneously vying for attention.

Upon waking up, I tucked the bed, trying to get it as close to an ironed look as possible. At the end of my day’s work, I make it a point to put things in their respective places so that I have a neat space to go back to the next day. This daily routine not only hones my organizational skills but helps me remain calm throughout the day as well.

My first two weeks of self-isolation involved doing countless tasks. I felt busy, but I was not being productive. My to-do lists kept piling up to the extent that I created a list for the lists. Because of the lack of a proper routine, boredom set in and I began counting the number of light switches in mine (8) and the number of windows in the opposite apartment (126).

After spending a full day doing nothing, I became determined to set up a strict routine. Since I no longer needed to travel an hour for classes, I had extra time on my hands as well. I planned to rise early, study all morning, exercise and relax in the afternoon, and then spend the evening hooked to my phone, talking to family and friends.

The routine not only filled up my time with useful tasks, it also gave me a sense of purpose. The resulting satisfaction after accomplishing my goals has been a pleasant feeling. Although I am guilty of violating my own rules now and then, I have broadly stuck with the routine, successfully keeping the boredom at bay.

I have also made it a point to schedule time off from the outside world to spend quality time with myself. Whether it involves reading a book, writing, or sleeping, it feels good to finish a task uninterrupted by incessant notifications.

I feel adequate spaces to work are as important as a  routine. Since I no longer have the luxury of a wide campus with countless workstations, I set up three of my own. I spend my mornings in the kitchen on the breakfast table. I do a bulk of my writing at this time, leaving the more mindless tasks for the rest of the day when my brain is running at a slower pace. I spend most of my day in my room either studying or relaxing on phone calls. I go to my third  study table in the hall for the rest of the evening. Having three different areas to study gives me space to go to different ‘places’ and reduces the vague sense of claustrophobia. 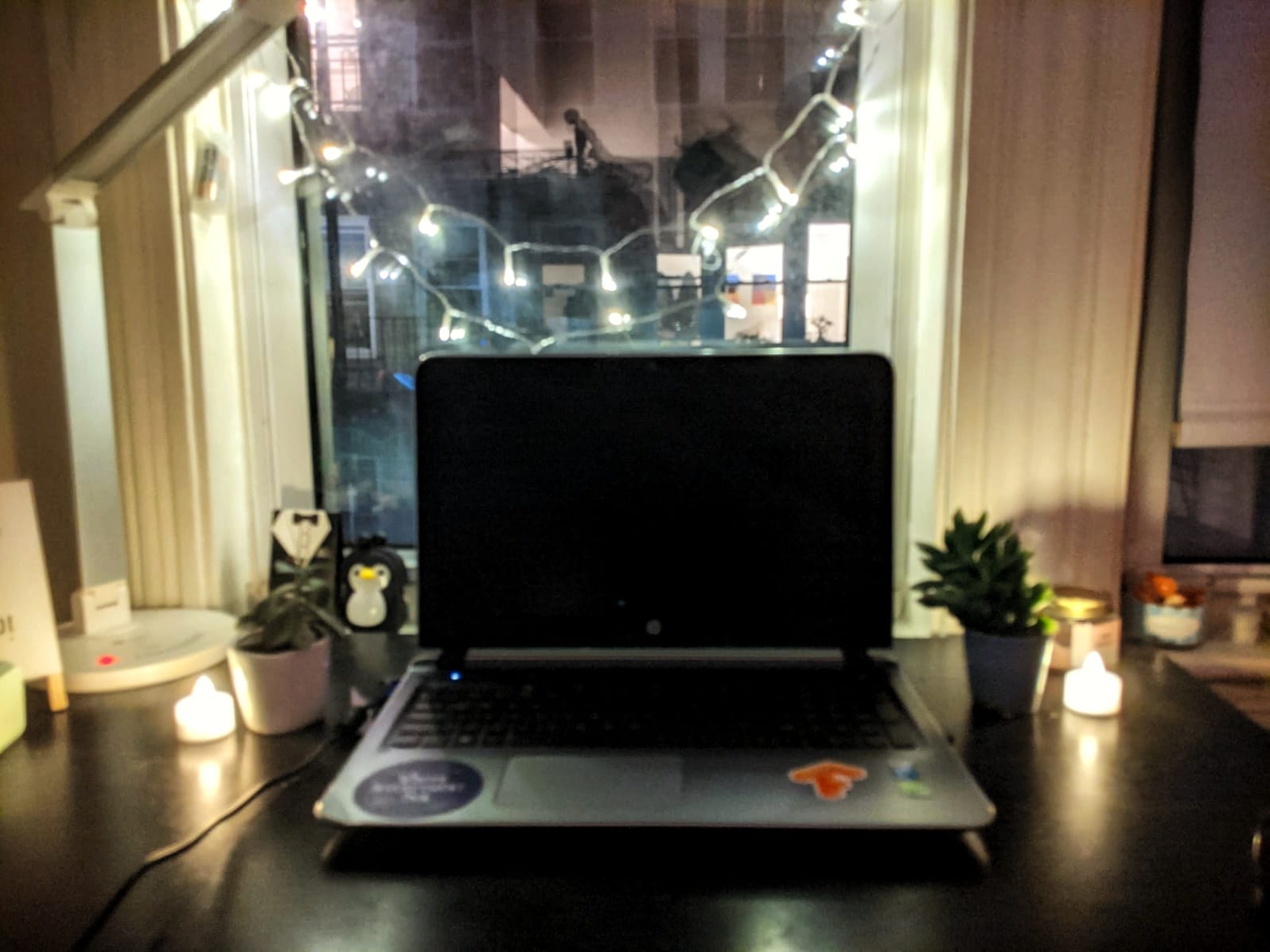 My roommate put up these beautiful soft lights that make the hall cozy and welcoming. Photo courtesy: Manaswini Nagaraj

These habits have helped me stay put at home. I still spend time reading the news, listening to every state governor’s speech, and keeping up-to-date with what’s happening in other countries. I worry about being sucked into a toxic loop of worry as the number of confirmed cases and death toll keeps rising globally. To help ease my anxiety, I turn to my routines, friends and family. I wish I could be at home in India, but not only is traveling unacceptable at this time it is also socially irresponsible. I look forward to stepping out into a COVID-19-free world. I hope that day arrives soon.

Until then, it is not only healthy but also crucial to hang on to sanity. So, go ahead, get in touch with that long lost friend you have been meaning to call, try that recipe you’ve been wondering about or that interesting movie that popped up in the recommendations section last week.

Now that our busy lifestyles have paused temporarily, we have all the time in the world; might as well make the most of it.