Home is where the perreo is 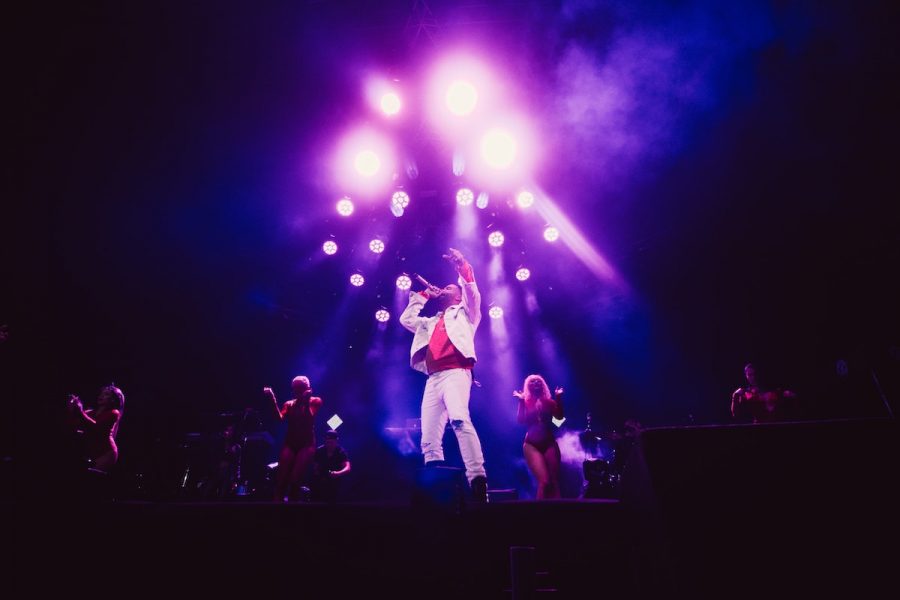 Something amazing happened to reggaeton music lovers a few months ago.

Puerto Rican singer Bad Bunny, Latin trap and reggaeton icon, released his brand new album, “YHLQMDLG,” at midnight on Feb. 29.  The name of the album is short for the Spanish yo hago lo que me da la gana, which translates to I do whatever I want.

He had announced it some time ago, and the excitement was clear from what I could read on my Twitter timeline.

When the day arrived and “YHLQMDLG” was released, users were tweeting about it, calling this 20-song album a creation “straight from the bible” and praising its songs as  an “anthem for women’s month.”

Billboard noted Bunny made “Latin history on Billboard charts,” and Paper Magazine highlighted that it debuted as No. 2 in Billboard’s Hot 100 as “the highest-charting Spanish-language album ever.”

But, for me, something even bigger happened in the first minutes of Feb. 29.

My high school friends’ WhatsApp group was full of notifications, each of us listening to the exact same songs at the exact same time but located in different parts of the world. Some of them were in my home country, Ecuador; I was in Boston, the city where I go to school and others in Buenos Aires, Argentina.

To those who are not family with reggaeton, it is a music genre originated in Puerto Rico in the 1990s and was a product of cross-cultural experimentation that mixed Jamaican dancehall, reggae and dembow rhythm, as the publication gal-dem described it.

“I believe reggaeton is a huge part of my personality because I come from a Latin American country,” she said.

She said reggaeton keeps her close to home — Caracas, Venezuela, particularly — because it reminds her when she was 11 years old and reggaeton songs like Daddy Yankee’s “La Gasolina” or Calle 13’s “Atrévete” were just “becoming a thing.”

Currently, reggaeton keeps her in touch with her friends back home and they are “always telling her what is new.”

This is something only perreo (another word to refer to reggaeton) can do: to make Latin people that are living far away feel so close together.

For the past six months, I’ve been living away from home, and my perreo playlist has joined me on my 15-minute walk to school, my cooking sessions and my improvised Zumba classes in front of my mirror. In that way, I keep my heart in Ecuador and my mind on class, work and everything related.

Reggaeton can relieve homesickness, as it makes international Latin students feel closer to home because it’s the music we usually hear with friends and put on to celebrate, dance, pass the time or as the background behind a conversation.

Carlos Fabre, a 20-year-old student at Berklee College of Music, said he thinks about Latinos when he listens to reggaeton, especially about his buddies from his home in Santo Domingo, Dominican Republic.

Fabre said the genre represents Latinos in many ways.

“[Latinos] are the best because our vibe and energy is so different,” he said. “Reggeaton reflects that vibe … but I think it’s not the only genre of music that represents us.”

So where does this riveting and homey feeling that I, Gonzalez, Fabre and many more Latin students far from home get from listening to reggaeton come from?

I spoke with Michael Birenbaum, chair and associate professor of musicology and ethnomusicology at Boston University. Ethnomusicology is the study of music as part of the culture that sees “how music works and what it means to people.”

After speaking with him, I understood reggaeton has been evoking a feeling of connection since its origin in the late 1990s .

“It has different roots,” Birenbaum said.

Another branch of reggae was developed in Panama, Birenbaum said.

A many Jamaican families migrated in the early 1900s to build the Panama Canal and settled with their families here,  famous Panamanian artists like El General started translating reggae into Spanish back in the 1990s.

In the 2000s, as the Latino population grew in the country, mostly with people from México, Puerto Rico and the Dominican Republic, the US music industry started to market the music to Latino youths and called it “urban music.”

“It became a type of music that was marketed to different people and social classes,” Birenbaum said. “Of course, new artists emerged.”

Birenbaum said Calle 13, Daddy Yankee, Don Omar, Tego Calderón was the first artists that led the reggaeton industry in its beginnings, around 2004, the time he calls “the highpoint of reggaeton.”

Nowadays, the term “urban” is used more often to refer to the reggaeton genre and other similar urban sounds, like Latin trap, Dominican dembow, and pop reggaeton.

Because of reggaeton’s diverse backgrounds, different Latin countries could feel connected to it.

Birenbaum said that “music encodes memories in particular kinds of ways” as it can evoke sounds, smells and people.

In the case of Latin American students, as this type of music is marketed to the young population in different Latin American countries, it has the power to travel.

“We feel it very intimately, we feel it in our bodies, our senses, our emotions, and our memories …many people can have the same feeling,” Birenbaum said.

Gonzalez experienced it when she arrived in Boston and started being friends with people that had the same connection with reggaeton.

“When you are an international student, you face different cultures and traditions,” she said.

“Listening to that kind of music here and finding people that also enjoy it keeps you close and connected to your roots, closer to where you were before you arrive.”

That’s why home is where the perreo is.

No matter where you go, there’s a piece of it that will keep you close to your loved ones.

Home is where I sing-along to Sech’s “Otro Trago” featuring Darell, in the car with my sisters.

Home is where Fridays were designed for dancing and shouting to Anuel’s “Sola Remix” and where everyone knows that Daddy Yankee’s “Ella Me Levantó” is always a good throwback.

Home is where Gonzalez sings Sebastián Yatra, Rauw Alejandro and Manuel Turizo’s “TBT” with her best friend because it’s “their song.”

Home is where Fabre listens to Bad Bunny’s “Estamos Bien” that translates to we are good, to lift his energy up`.

Home is where my friends are listening to YHLQMDLG and coming up with a choreography for the album’s best song “Safaera.”

Home is what pops up in  my mind while I dance by myself in my room to Bad Bunny’s  “Yo Perreo Sola.”

Home is where reggaeton takes me, and for it I’m thankful.