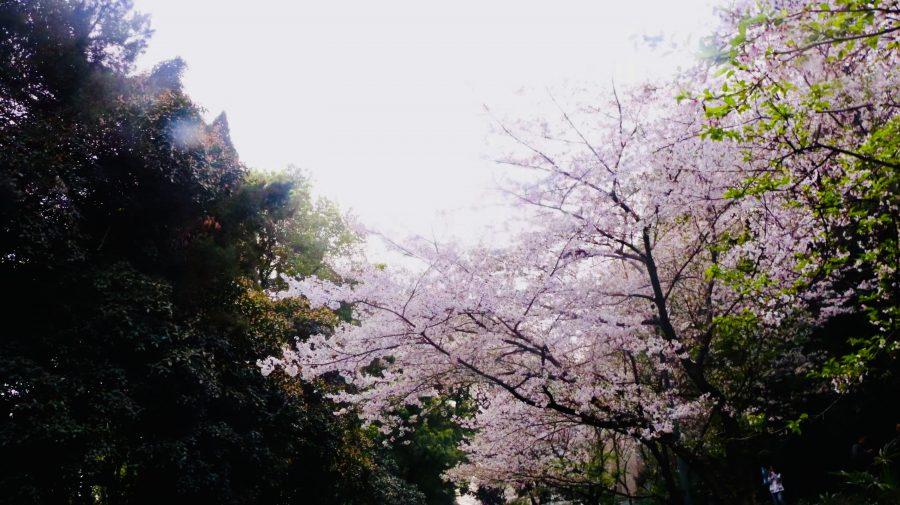 After 76 days of lockdown, the city of Wuhan reopened on April 8. The Chinese government announced that there had been no new cases in the six days leading up to April 28. The city, which used to be the epicenter of the coronavirus, is finally returning to normal life. The blooming of cherry blossoms in Wuhan University celebrates the new beginning.

After almost four months struggling with the coronavirus, most parts of life have returned to normal. The city can now reconnect with the outside world. As the lockdown is lifted, workers are now allowed to return to their workplaces.

Yuheng Zhang, a Wuhan resident who’s working at a marketing company and has been in quarantine for more than 80 days, is back to work. He said he has to test his temperature before entering the office every day and wear a mask at all times. “The situation has gone well since March [in Wuhan], I am concerned about my friend who is abroad right now,” Zhang said.

He said the shopping rule that used to only allow people to purchase in groups no longer exists. Restaurants are now open but customers are required to keep a distance while waiting for takeout or when dining in. The theaters, however, are still closed, without any specific date for reopening.

As Wuhan reopened, public transportation, as well as flights, in and out of the city have also resumed operations. People who had been stuck in Wuhan and those who can’t return to their homes in Wuhan now finally have a chance to do so.

Jiahui Kou, whose home is in Hubei Province, eventually had a chance to go back to her work in another city, Chengdu. As soon as restaurants in Wuhan reopened, Kou rushed to have Wuhan specialties, which she has been craving during the quarantine. “My code finally turned green and I could go out,” she said.

The green code that Kou mentioned here is part of a system introduced by the Chinese government as the country reopens cities and encourages people to return to work.

The code system, called Alipay Health Code, was first launched in the city of Hangzhou by the local government and then applied to the rest of the country. With an app on their smartphones, people submit their personal information to the software, which then generates a QR code of one of three colors, red, yellow or green, which determines whether they should be quarantined or allowed into public spaces.

Green code allows the holder unrestricted movement. Yellow code means the person may be asked to remain in quarantine at home for seven days. Red code means two weeks of isolation. So far, Wuhan city, where Zhang currently resides, is of low risk.

May Day, or Labor Day, a public holiday in China, is also known as the “golden week” of travel. It is when many people plan to go out after being cooped up in their homes since January. Many tourist attraction sites have reopened, for example, the Forbidden City in Beijing reopened in time for this holiday with crowd control measures in place.

The risk level of Wuhan city shown on the Alipay Health Code software. As of April 30, 2020, the risks of COVID-19 in Wuhan is considered low. Photo: Yushu Tian

Even as businesses and transportation are back in operation, most schools in China won’t reopen until the next school year. Some universities in Wuhan have already announced that all learning will remain online until next fall.

Students who missed the chance to take their belongings out of the dormitory before the lockdown was in place are still waiting to do so. Only seniors are allowed to go back into the dorm but they must do so in an order arranged by the school. Each student is given a specific time slot to go back to their dorm room to collect their stuff and receive their diploma. No more than one student is allowed in at a time.

Zituo Wang, a senior student at a university in Wuhan, had to do his dissertation defense online and will not have a physical graduation ceremony this summer. He is also worried that the clothes he left in his dormitory would get moldy as spring in Wuhan is very hot and humid. The last time he left for winter break in December, he did not take all his personal belongings with him home. Wang is uncertain about his future after graduation as well. “I got offers from universities in America, but I am not sure if I can attend school this fall since the global pandemic.”