Vietnam, worried about its birth rate, pushes women to marry before 30 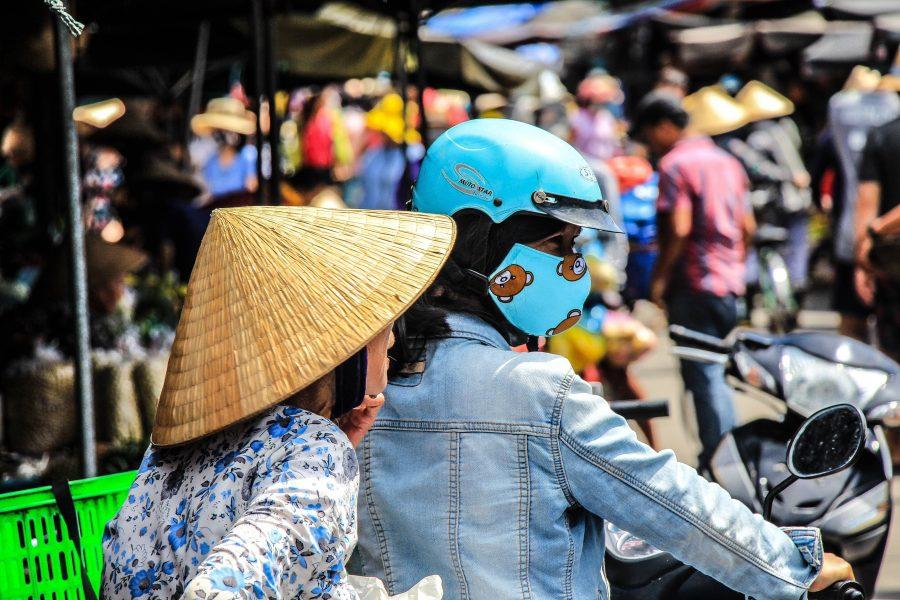 Tam Phan is 26. She had just returned to Vietnam after earning a master’s degree in English linguistics in the United Kingdom. Now working as a lecturer of English at a university in Ho Chi Minh City, Phan plans to pursue a Ph.D. in education abroad, but in April, the Vietnamese government passed a decision urging people like Phan to settle down and have kids, in a move to address the country’s aging population.

Vietnamese are marrying later and fertility rates have gradually declined in urban areas. Neighboring Thailand, Korea and Japan have tried unsuccessfully to encourage their citizens to have more children. In its effort to curtail an impending population crisis, Vietnam issued a policy capitalizing on a message that would resonate with the country’s millions of single women: “Get married before you turn 30.”

While such a policy might be controversial in the West, it is not as controversial among Vietnamese women as one might think. Many women, even if they don’t like the policy, agree with it, saying that it is good for the country’s aging population. The age of 30 is considered by many Vietnamese as a turning point when single women become “left-over.”

“It’s when single women are desperate to get married because their relatives think they are no longer valuable and might not be able to get any good man,” Phan said.

A decision signed by Vietnam’s prime minister on April 28 called on men and women to marry before they are 30 and women to have a second child before 35. Benefits for couples with two children include income tax reductions, priority admissions for their children in public schools, and support in renting or buying subsidized housing. Those who do not want to marry or who marry too late would have “increased responsibility to contribute to society and the community,” most likely in the form of higher taxes. The government has yet to detail how this plan will be implemented but said that the policy only applies in areas of low fertility — mostly urban areas — not nationwide.

Phan said she doesn’t want to be called a left-over and aimed to marry by 30 even before the government’s announcement. But she was still surprised when she heard about it through social media. “I thought it was crazy,” she said. “[The government] don’t give any reason. They do say that it’s beneficial to health and development of the economy but they don’t really explain how this policy can solve that.”

The government’s message falls in line with one that single Vietnamese women are used to hearing from the “authorities” closest to them — their family. As she approaches 30, Phan said she has already been urged by her family to marry. “One time I was complaining about my deteriorating health condition [from long work hours],” Phan said. “[My relatives] claimed that the reason was because I don’t have a partner and joked, ‘It’s time for you to really find someone to support you emotionally and physically.’”

Many urban working professional Vietnamese women come from rural areas, where the threshold of becoming a left-over woman is lower and there is pressure to marry even earlier.

“[Where I come from] women who are over 24 are usually considered as left-over women,” said 28-year-old Ha Nguyen who is a freelance teacher of English in Hanoi and worked at Northwestern University in the United States for a year through a Peace Corps fellowship. She is from Viet Tri, a rural northern city 50 miles from Hanoi. Her two younger brothers stay with their parents and are both married. Every time she visits home, she said, her parents and relatives urge her to marry soon. “They would always tell me ‘If you do not want to lose all the good options out there, then you should try to get married quickly,’” she said.

“It’s always the same reasons. It’s time to get married because you’re getting older, you get less choices when you get older, and so that you’re healthy enough to give birth to a healthy child,” 28-year-old human resource manager Ngoc Nguyen, who is working in Hanoi, said of the reasons her relatives give when they try to persuade her to marry.

Phan, Ha Nguyen, and Ngoc Nguyen are among a growing group of educated women in urban areas who are marrying at an older age and having fewer kids. Vietnam’s mean marriage age in 2019 was 25.2, a 0.7-year increase from 2009. Meanwhile, the average numbers of children born to each woman in urban areas and among women with university educations are 1.83 and 1.85 children per woman, respectively, compared to 2.26 in rural areas and 2.59 among women who had never attended school, according to Vietnam’s 2019 Population and Housing Census.

Vietnam’s population is also aging at a faster pace than that of its regional peers. Based on current demographic trends, in 17 years the percentage of people 65 and older in Vietnam will double from 7 percent to 14 percent – the threshold for a country’s population to be considered aged. In comparison, it took Singapore and Thailand 22 and 20 years, respectively, to reach this threshold, according to the World Bank.

The new government policy aims to address these issues and guide young people to marry before 30 and then give birth to lower the average age of the population and increase the birth rate in places with low fertility, Phuong Mai, deputy director of Department of Communication and Education, General Department of Population – Family Planning, said in an interview with Vietnamese news site baotintuc.vn.

The decision requires localities where women have, on average, two children or fewer to educate people about the benefits of having two children and the drawbacks of marrying late and bearing fewer children. Local governments will also encourage and support couples to have two children by expanding services such as babysitting, milk banks, and health care. The decision says construction of babysitting facilities and kindergartens, especially in urban and industrial areas, should be prioritized.

For Phan, the announcement is a “warning” to women as they are caught up in advancing their careers. “You put your nose into work and you don’t really think about what is happening around you,” she said. “But then when the government passes that kind of law, we know that our country has a problem.”

“Younger generations now have to not only take care of themselves, but also take care of their parents and their future family. So a lot of young people, due to social and financial pressure tend to postpone getting married,” Phan said, explaining why she hesitated to marry earlier. “But I think [the decision] makes sense.”

Vietnam is on its way to becoming a developed country and there is work to do, she said. Among other things, there needs to be a sufficient workforce. “If we let the aging population happen, that’s not gonna happen.”

This sentiment echoes that of Ngoc Nguyen. “The population is getting older and [Vietnam] is on the edge of lacking a labor force,” said Ngoc Nguyen. She said she thinks the new policy aims to encourage people to “create the next generation soon” so that Vietnam doesn’t have to import workers from other countries.

Still, agreeing with the policy doesn’t mean liking it.

“If you ask me about my emotions when I read the policy, I was mad because, you know, things like giving birth are, like, my personal, very personal and subconscious feelings,” Phan said. Besides, she said, she believes the age requirement will create more burdens for Vietnamese women.

Although Vietnamese society is heavily influenced by Confucian philosophy dictating that men are natural born leaders and women are not, even if they try, women have made progress in the workplace and taken more and more leadership positions. The country last year had one of the highest female labor-force participation rates in the world, behind only Iceland, Sweden, and Switzerland, according to data from the International Labour Organization. It also ranked second highest in the number of women in leadership in Asia.

In her field, Phan said, even though men still dominate leadership positions, women are catching up. “If the government passes this kind of policy, it means we will have less chance to raise our voice to a higher scale. So I think it somehow slowly affects the inequality between gender as well.”

Having grown up with two brothers in a rural area, Ha Nguyen said she thought the policy would affect women more than men because historically Vietnamese women feel more pressure to marry early. “Growing up, my brothers would hear things, like, ‘As a boy and later on as a grown up man, you should always put your career first,’” she said. “While for women, we were taught that getting married should be our number one goal, building a happy family should be our number one priority and responsibility.”

Another aspect of the decision that concerns these women is the “social contribution” for people who don’t get married before 30.

Phan noted that the government hasn’t elaborated how it will implement the social contribution, but said she disagrees with raising taxes on women who don’t have children by the time they’re 35. “Because if I don’t get married and have a baby [that will then take care of me when I’m old], that means I have to save up so that I can go to a nursing home,” she said. “The government won’t be paying for my old age so it doesn’t make any sense for me to pay higher tax.”

Even though Ngoc Nguyen said she thinks the new policy is necessary, she doesn’t like the use of age and financial retribution to encourage people to follow it. “They basically say you have to get married before 30 and have babies before 35, otherwise you’ll get taxed,” she said. “And then I feel like, actually, I don’t care anymore. They do what they do and I do what I do.”

For Phan and her female colleagues working in academia, there is a high pressure to keep up with progress in their fields. “You need to update every single day and every single year because you face a very high chance of being outdated,” she said. Phan’s older colleagues share their anxieties with her. “I do feel their panic,” she said. “Whenever we meet, they keep mentioning the [dilemma] between going to a Ph.D. or higher career or getting married, saying that their family keeps asking about that issue.”

After learning of the policy, she said, she felt she was going against the law of nature. “Even the government told us to do so,” Phan said. “So sometimes I do feel, like, ‘Am I a weird person? Am I doing things on the right track? Or am I like a really bizarre person who goes against, you know, the natural law of giving birth and having a family?”