How #BLM shifted conversations in Asia 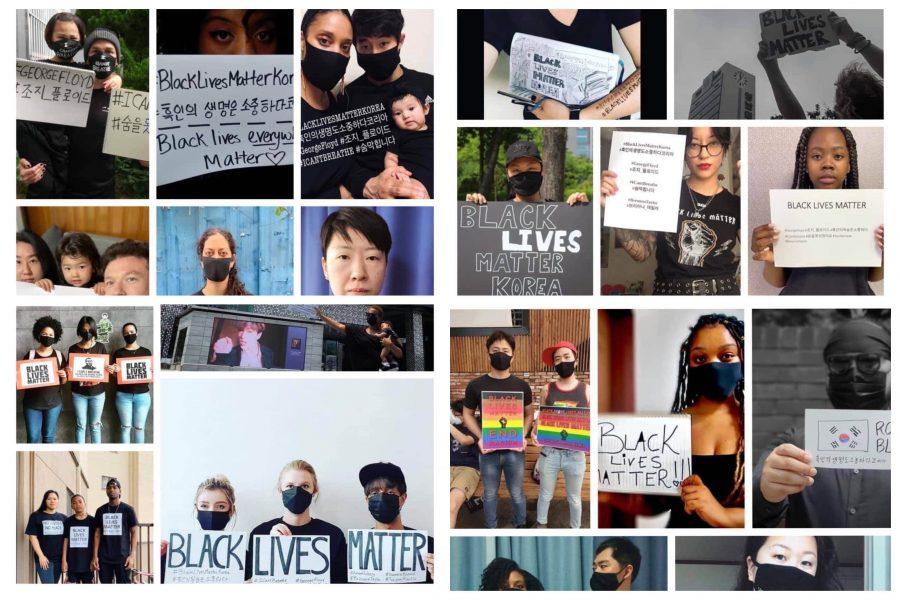 The Black Lives Matter movement that re-emerged in the U.S., following the murder of George Floyd, spread internationally within just a few days. Scores of people began protesting outside embassies in London, Berlin and Toronto, and many marching protests were held around the world. The global movement that occurred as a result of the events in the U.S. has inspired other countries to create platforms for reflection and conversation, in order to tackle their own issues with racism.

In this piece, we speak with four people who are involved in the Black Lives Matter movement in three Asian countries: Thailand, Japan and South Korea. From organizing protests to recalling their own experiences overseas, they talk about how the conversation stemmed from the Black Lives Movement in the U.S. and spread to Asia.

When the June BLM protests began in the U.S., incoming Harvard University student Fresh Pisuttisarun published an opinion piece in the Bangkok Post on combating racism from a local Thai perspective. Although the timing of the piece was incited by the recent BLM protests, being Thai himself, he had always felt that Thai people were not very dedicated activists and that they took a passive stance towards ongoing issues.

“I always feel like although these movements come about on social media, there’s a real lack of concern for problems that the world is going through just because it’s not personal to you,” he said.

But for international students, the issues hit close to home for many. A large part of the conversation that grew from this movement was the Asian ideal of “white beauty” that is popular in countries like Thailand. This form of anti-Black racism is also harmful and a conversation that many activists are bringing up during this time. Racist discrimination also exists in Thailand for those who are from neighboring countries. Although these conversations seem different from what was going on in the U.S., Pisuttisarun believes in the importance of tackling these racism issues in Thailand.

“Racism exists in different places in different forms,” he said. “Although these forms aren’t always obviously explained, they are always inexplicably linked and people should be aware of that.”

Despite seeing limited overall change in Thailand as a result of the spread of the Black Lives Matter movement, Pisuttisarun said that within his community, people have started to become more aware and they feel a stronger need to speak out against the racism issues in Thailand.

“BLM in Japan started more as solidarity marches,” said Jaime Smith, who is a Black expat and the head of the media design team for the BLM Tokyo organization. “We see what is happening in the States, are sad and angry, and are frustrated with the fact that we are abroad and can’t join the demonstrations in our respective home countries.”

On June 14, Tokyo saw approximately 3,500 people marching in response to the BLM movement. Although in Japan, foreigners in general are very few compared to the Japanese population and police forces are much less brutal against citizens, Black people continue to suffer under racist discrimination in their everyday lives. Smith recalled times when she had felt inferior as a result of the discrimination in Japan.

“It’s still scary when police randomly stop me and ask me questions about my home and my job. It still makes me feel like an animal when random people grab my hair or comment on my skin,” she said.

Because of the lack of foreign diversity in Japan, foreigners in general are looked at in a different light, and Black people, specifically, are seen as “rare” or “unique” to Japanese people who are not used to interacting with foreigners.

However, in light of the recent protests, the Japanese media turned their attention towards Black people in Japan and conversations on race. According to Smith, she was interviewed by an extension of TBS, which aired a segment on the Black Lives Matter movement and protest in Tokyo. She also witnessed public apologies issued by the national television channel NHK on the broadcast of their racist animation that tried to explain the events happening in the U.S. Other channels requested Black people from the BLM Tokyo organization to join them for a round table discussion they were hosting on discrimination in Japan.

“Personally, I want to speak to the people,” Smith said, in response to how Asian countries could further support this movement. “Please educate yourself on the history of white supremacy and how it was spread worldwide. Its roots run deep in many countries today, including in Asia.”

Following the American BLM protests, expats in South Korea came together to create an unofficial BLM chapter and initiative to show their support. The other goal behind this group lay in their desire to raise awareness of the prejudices and anti-blackness that Black people experience in South Korea.

“There is definitely a strong streak of favoring white people over any other kind of immigrant here,” said Melissa Watkins, a Black expat who is an independent researcher and a member of the BLM South Korea Chapter.

Racism in South Korea is very different to what Black people deal with in the U.S. According to Watkin, South Koreans are more open to changing their perception because they do not have much history with Black people in general. Thus, the creation of the unofficial BLM chapter and the protests that happened in South Korea was a starting initiative to many Korean people on the issue of anti-Black racsim and discrimination that many expats face in South Korea.

“People are more open to the information because there isn’t a long history of negative portrayals of black people and negative interactions and systematic racism in that way, not with black people” said Watkins.

Because of the stereotypical portrayal of Black people in television and mainstream media, people in Asia have an existing prejudice against Black people, even without having met a Black person before. However, Watkins revealed a much harsher reality for anti-black racism in South Korea.

“The biggest problem with racism in Asia for Black people is not Asians. It’s other expats from the West who came here because they can get away with a certain level of racism and anti-black racism,” she said.

Racism also translates to other aspects of society, such as jobs. There have been postings for jobs, especially for teaching jobs, listed as “No Blacks.” Overall, South Koreans regard the few expats they interact with as coming from a better origin or background if they are white, leading to the perception that Black people are the opposite.

One of the initiatives from the South Korean BLM Chapter is establishing a stronger Black community and presence. Member of BLM South Korea, Jason Von Holmes, who is also a Black expat, explained that South Koreans are more likely to become accustomed to Black people and normalize their community if they witness their strong presence within the country.

“We just need to keep doing what we’re doing, doing interviews, doing panels, starting grassroot organizations,” said Von Holmes. “What I’ve noticed about those countries (Japan and South Korea) is that they respect people who put in work first before trying to get help. If they see you building something, and they see you are serious, then eventually that support will come. But it’s going to have to take time, it’s going to take consistency. They have to see that we are not just a trend that we’re doing.”

Although the initial publicity trend on mass media and television in South Korea has died down, BLM South Korea and many other chapters and organizations around the world have continued working towards raising awareness and combating anti-Black racism.

“Blackness is a vast array of different cultures and people, you know, to look at us on a human level, just like Asian people don’t like to be looked at as a collection of stereotypes about whatever it is,” said Watkins.