Why make the world whiter? The shadow of ‘colorism’ in India 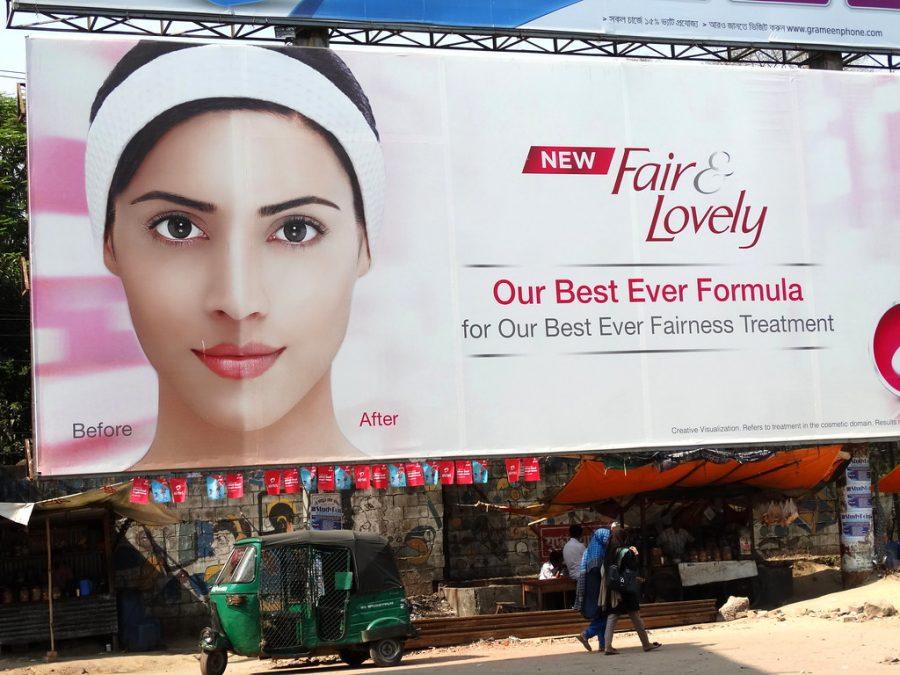 That’s the word that most people use to identify my skin tone, as well as the skin tones of Indians across the world. A seemingly simple word that doesn’t cover the wide range of skin tones that Indians have and hilariously assumes that all Indians unite under the color of “brown.”

India is a country where colorism – the prejudice against people with darker skin tones – shadows nearly every aspect of society. Whether it’s at home, in the classroom, at work, in advertisements, or in Bollywood, you’d be hard-pressed to find an Indian who has never faced colorist attitudes in some form.

Among the many products of colorism are skin-whitening remedies, and perhaps the most notable example is Unilever’s Fair & Lovely, which has been long criticized for its promotion of lighter skin tones as favorable. Amidst the resurgence of the Black Lives Matter movement in the U.S., focus once again shifted to the prejudicial advertisements and branding of Fair & Lovely. It resulted in petitions and social media activism, which pushed the brand to change the name to “Glow & Lovely.”

On the surface, this rebranding and promise of better-informed promotion seems like a win, but I don’t think it even begins to scratch the surface of the deep-rooted colorist ideas that plague Indian societies. Some believe that these prejudices emerge during teenage years, when people start to care more about their appearance. While it is definitely aggravated during that time, colorist ideas are ingrained in Indians from the start of our lives.

My entire life, I’ve been discouraged from going outside in the sun by family members, teachers and other adults, in fear of “getting a tan.” I had friends who didn’t want to go outside with me either.

Even before I cared about my appearance, I was exposed to advertisements and suggestions from people for skin-whitening treatments and home remedies, which popped up left, right and center. As I grew up, I did care more about my appearance, but I was never as obsessive about the tone of my skin, compared to the other people in my life.

Something that has always perplexed me is that I faced stronger colorist attitudes within regions where there were more people of color. I spent the first 10 years of my life outside of India, primarily surrounded by white people. Yet, I have more memories about being judged for my skin tone from when I was in India. I became a teenager in India, and I noticed just how ingrained these attitudes were in every part of my life, to the extent that I started to believe it myself.

I would come home from school after hours in the sun and frantically look for tan-removal products while trying to convince myself that it wasn’t “that bad.” I had friends who would use the “n-word” to identify other Indian students, who had no trace of Black or African-American ancestry, simply because their skin was darker. I was told to avoid wearing brightly colored clothes because they would enhance the appearance of my dark skin.

I grew up with a love for performance, and that included Bollywood movies. Regardless, I could never picture myself in any of them because I knew that I would never have the light skin tone that the industry favors. Actors were seen everywhere promoting skin-whitening brands and appearing in colorist advertisements. Celebrity endorsements aside, most advertisements, whether they were for skin products or not, only featured models with light skin.

Most believe that colorism is a relic of British colonialism, but regardless of its origin, it’s still incredibly present in the lives of Indians. I’m only 18, so I can’t speak to the prejudices that other people are burdened with, whether through matrimonial ads, casteism and in their professions, but my experience has convinced me that these beliefs impact everyone.

Fair & Lovely and similar products might be aggressors of colorism, but they were created based on a long-standing sentiment that they continue to exploit. Changing the name of the products won’t matter until the attitudes and behaviors that cause people to reach for those products are changed.

Apart from medical reasons, parents must stop worrying about the dark shade of their children’s skin and advising them to “improve” it. Teachers must stop discouraging students from playing outside in the sun to avoid tans. Bollywood celebrities must take ownership of their endorsement of skin-whitening products and work against the negative contributions that their platforms have made. There should be no correlation between your skin color and your success and potential. Any decision to alter your appearance should be made because of your personal preference, not because of how other people might perceive your “flawed” feature.