Analysis: Colombia’s police brutality – an issue there too, despite the media’s narrative 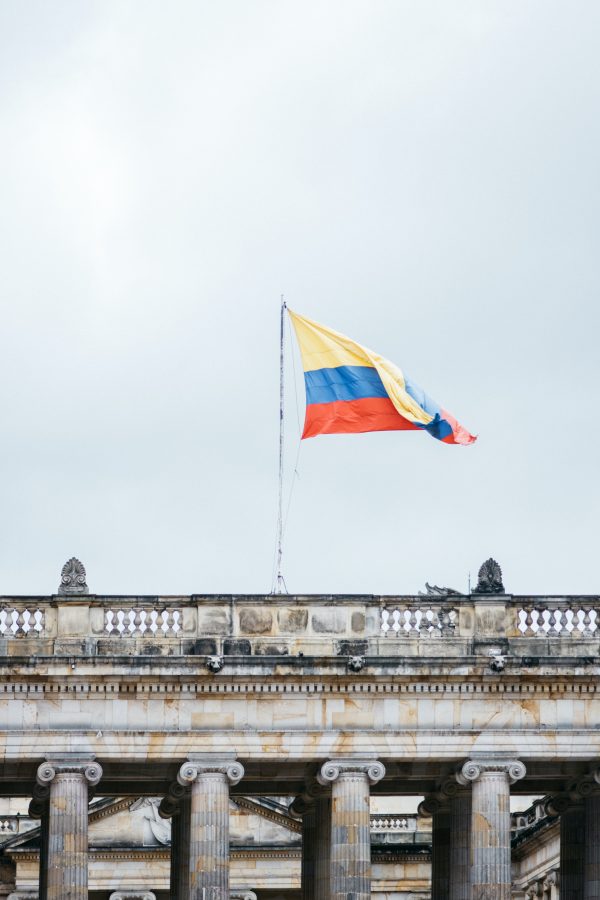 The Colombian flag waves in the wind. In Colombia, police brutality is often ignored or misrepresented by the media.

While cases of police abuse in the U.S. have received national attention and sparked outrage around the world, cases in other countries, such as Colombia, get little traction in English language news outlets and was drastically decontextualized by Colombian media, essentially creating a news blackout of non-U.S. police abuse, despite the need for global attention toward the issue.

Such was the case when Colombian police arrested and killed 46-year-old and father of two, Javier Ordóñez, whose only crime was violating COVID-19 quarantine restrictions by drinking alcohol in the street  on September 9th.

After the event, the officers took Ordóñez to a police station in Bogotá, where he was allegedly tortured and beaten. Bogotá’s newspaper El Espectador reported that authorities confirmed that Ordóñez died from a head wound while in police custody.

Ordóñez is heard crying, “please, no more,” in a widely circulated video of his arrest on September 9th while an officer presses his knee against his back and repeatedly tasers him on the street. For many Colombians, the video was reminiscent of the killing of George Floyd in the U.S.

Pedro Aguilera, media analyst and journalism professor at the Universidad Santiago de Cali in Colombia, explains that although some international and local media outlets described it as a “George Floyd moment,” for Colombians, the killing of Ordóñez has only added to a slew of unresolved issues wherein the government has failed to understand the pain and indignation surrounding the injustice and violence happening in Colombia. Despite the videos of Floyd’s and Ordóñez’s killing being similar, the root cause of police brutality in Colombia has different context than in the U.S., as it is not a matter of racial injustice but abuse of power – regardless of race or ethnicity.

As illegal armed groups like the National Liberation Army, or ELN – the last remaining guerrilla group in Colombia with a long history of human rights abuses, take over rural territories where the government has historically been absent, the country has faced nearly 65 massacres since the start of 2020 where dozens of indigenous communities and social activists have been killed.

“In Colombia, it is not a racial problem, it is a problem of social violence in which Colombian civil society and the media is almost complicit because we have become used to death, to murder and to old elites and power structures that ignore these issues,” Aguilera says.

Just like its U.S. counterpart, Colombian media has also been heavily criticized for downplaying the death of Javier Ordóñez.

Criticism arose on social media against Caracol, a major news outlet in Colombia, for the headline used to present Ordóñez’s case: “He died after police procedure,” which according to social media critics, did not hold the police accountable for the murder.

Santiago Rivas, the director of an investigative journalism television show called “Puntos Capitales” says the media tends to oblige with sources of power like the police. In his “Presunto” podcast, a podcast that analyses Colombian media, he explains the effects of misleading narratives that are often seen in cases of abuse of power.

“By using technical and misleading language, the media is granting [the police] the benefit of controlling the narrative through language,” Rivas says. “We are immediately introduced to the news immersed on the police’s side. This framing is due to an attitude of kneeling before sources of power to not de-legitimize the institutions.”

Due to the similarity between the deaths of George Floyd and Javier Ordóñez, comparisons between the news coverage of each event began to circulate through social media, suggesting that Colombian and western media had understated the severity of Ordóñez’s case, but did not hesitate to hold the police accountable and brand it is police brutality when a similar case happened in the U.S.

“[The media] are saying that someone died in police custody when they can use more concise narrative strategies like ‘someone died in alleged police murder,’” Rivas says.

Aguilera explains that the difference between Latin-American and U.S. journalism regarding police abuse lies in the conception of democracy, the freedom of the press and the role of the media within the political tradition of each country.

“Colombia is still very immature in terms of independence between the political system and journalism,” Aguilera says. “While generally responding to a certain political party, U.S. journalists are not afraid of making the government accountable – that’s not always the case in Colombia.”

The day after Ordóñez’s death, hundreds of civilians took to the streets of Bogotá and other Colombian cities to express their dissent.  After massive protests broke out across Colombia, several videos circulated on social media that showed police officers attempting to quell protests by attacking protestors, beating up bystanders and responding with gunfire – leaving 13 dead. Nearly all of the people killed were young, between the ages of 17 and 27.

However, most international media networks, including BBC News and The New York Times, prioritized the damage caused by the protestors and the attacks on the police, choosing not to include the pictures and videos of police attacking and killing demonstrators.

“They didn’t use the videos found on social media, which is a deliberate denial of material that at least should be considered as part of the news,” Rivas says.

Aguilera believes that these stories are overlooked and isolated from reality by western media because of the close ties between Colombia’s right-wing government and the U.S. “As the closest Latinamerican ally, it wouldn’t make sense that western media chose a scope that goes entirely against the police or the government,” he says.

Yet, using euphemisms and passive language to describe the events, like “police custody” or “protestors died during riots,” describes a very different picture than “violent police crackdown killed 13 protestors.” This misleading narrative serves to delegitimize the protests and the issue of police abuse in the eyes of the public.

Bogotá Mayor Claudia Lopez called for reconciliation during a commemorative event following the demonstrations but also insisted on police reform as there was clear evidence of the indiscriminate use of firearms at the protests.

Yet, the situation escalated when other peaceful anti-government protests happening in late September were interrupted by the anti-riot police unit ESMAD – where people responded by shouting “why are you killing us” at the police. The protests were meant to be a rejection of violence, but masked men and police tear gassed protestors, interrupting and sabotaging the event.

By reshaping news narratives and echo chambers, local and international media are doing Colombia a disservice. Global activism around the case has been almost absent, perhaps because the media has largely downplayed the police abuse happening in the country.