What international and American students think about Biden’s win 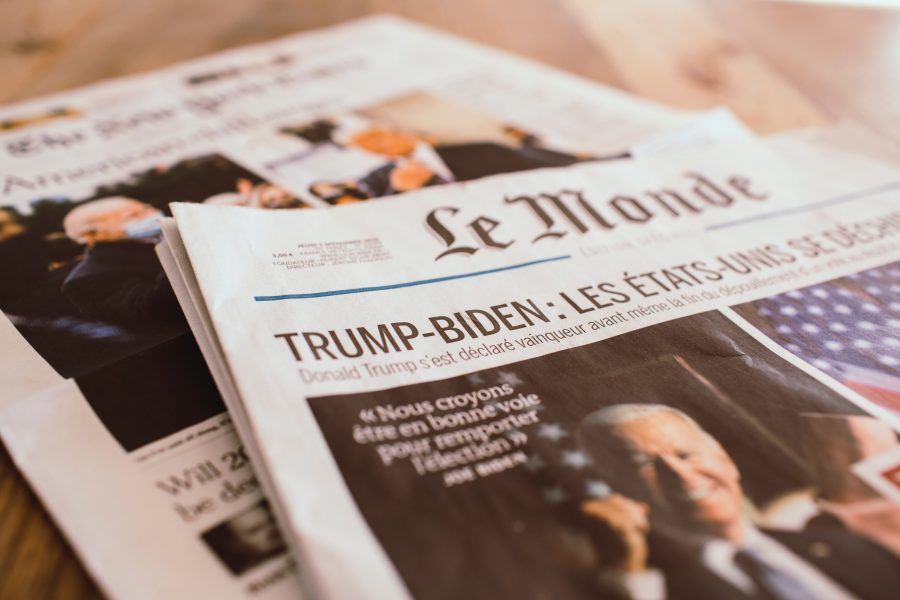 After a contentious election, Joe Biden emerged victorious, positioning him to become the 46th president of U.S. How have students reacted to confirmation of Biden's victory?

After an incredibly contentious presidential election, which included a week of counting since Nov. 3 with two states still left to be called, former Vice President Joeseph R. Biden Jr. is the projected winner, making President Donald Trump a one term president.

What do international students in the U.S. who couldn’t vote think about Biden’s win, and what about American students who did cast their votes?

“I voted for Bidden and I am incredibly excited for Biden’s win and I hope he does well handling the pandemic and environmental issues!” said Rachel Erwin from Attleboro, Massachusetts.

“I think Biden’s win might help stabilize the situation in America a bit,” said Pirzan Turel, who is originally from Mumbai, India but was raised in Dubai, UAE, and now lives in Roxbury, Massachusetts. “Tensions were running high over the past four years and based on some conversations I had, I think this could be the slow path toward a more unified nation,” he added.

Turel hopes the Biden’s administration focuses on people as promised, and he is looking forward to seeing the reform on the healthcare and education systems. Turel said, “As an international student, I also hope that Biden puts some policies in place that’ll make it easier for us to stay and find jobs here.”

Yixuan Chen, who currently lives in Watertown, Massachusetts and is originally from Shanghai, China said, “As an international student, of course I would support Biden just to maintain my student status. Trump’s foreign policy was more hostile towards internationals, especially towards Chinese students.” However, he added that if he was an American citizen, he would’ve voted for Trump because he thought Trump is more favorable toward citizens of this country.

“Biden’s win is a big step toward America’s redemption, although he has a questionable past, everyone has a right to change and I just hope he leads the country to the right direction,” said Mayra Parrilla Guerrero, who lives in Brighton, Massachusetts. Guerrero voted for Biden, and she said her top expectation is for him to fix immigration issues by allowing the “Dreamers” to become citizens, and she also expects Biden to take climate change seriously, which the previous administration did not do.

Daviti Tsintsadze, who originally comes from Georgia and is now living in Mission Hill, Massachusetts, said he expects Biden’s administration to find an approach to deal with the division and polarization between the Democrat and Republican parties and to play a more active role in international politics. Tsintsadze said, “Biden has visited Georgia twice previously, so I hope that Biden will help Georgia to fight against Russian aggression.”

Claire Yates from Bethlehem, New York, said she felt relieved by Biden’s win, but was concerned that Biden will have major problems passing any legislation because, “it looks like the Senate will remain in Republican hands.” She added, “I’m extremely worried about Mitch McConnell’s general strategy of stifling any type of Democratic policy at any cost, even if it deeply harms our country.”

“The major things I hope he can get done are pass better health care legislation, increase the size of the Supreme Court and end the filibuster.” said Yates. “But again, all of this needs Senate cooperation.”

Generally, both international students and American students think the legal recounting of ballots, which the Trump administration is currently pursuing, is acceptable but they don’t believe that the recounts and the accusation of voter fraud will turn the situation around.

“I’ve been following presidential elections for years and recounts are pretty standard. I think it’s just controversial this year because Trump is a big baby,” said Lex Weaver from New Jersey.

Shiyun Li, originally from ShenZhen, China, and is now living in Malden, Massachusetts, said that it’s just that Trump and his allies cannot accept the fact that they lost. “But they didn’t have enough proof,” said Li.