Q&A: What is human trafficking? 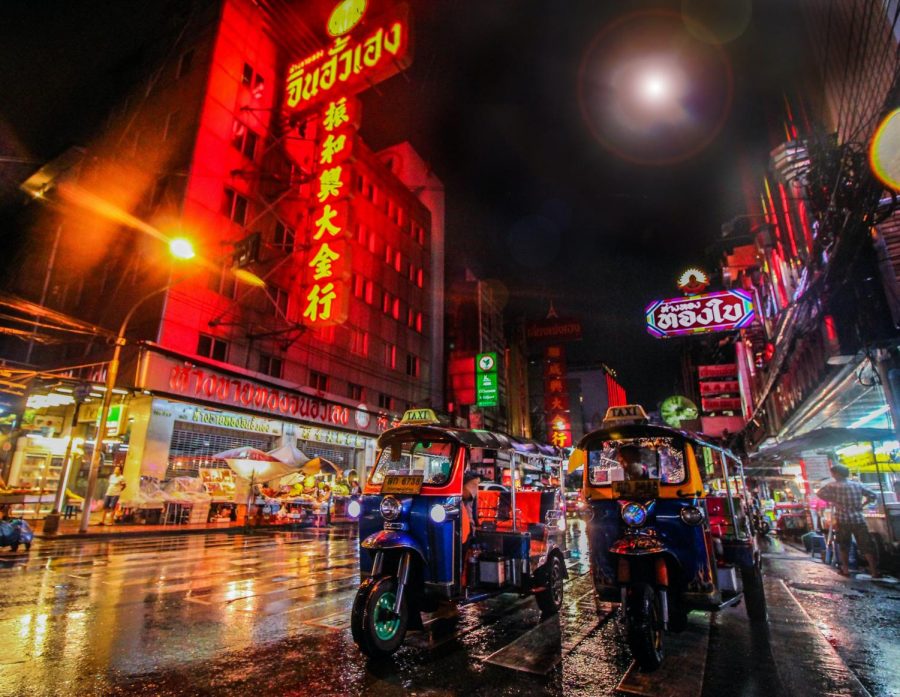 Photo by Florian Wehde on Unsplash

What is human trafficking?

The legal definition of human trafficking varies among state, federal and international laws. But human trafficking is generally defined as any crime that involves compelling or coercing another person to engage in sex acts, labor or other work for money or other forms of compensation.

“There are a lot of misconceptions about trafficking. It doesn’t necessarily require transportation and it can impact children and adults, citizens and non-citizens,” said Julia Dahlstrom, director of Boston University Law School’s Immigrants’ Rights and Human Trafficking Program. Dahlstrom, a clinical associate professor of law at BU, has worked in the immigration and trafficking space since graduating from Boston College Law School and began teaching at BU in 2012. In her clinic, they use both the U.S. federal framework and Massachusetts state laws to define trafficking and clarify who legally qualifies as a victim of trafficking. The federal legal framework surrounding human trafficking was first established with the Trafficking Victims Protection Act (TVPA) of 2000.

“[The TVPA]  defines both sex and labor trafficking,” Dahlstrom said. “In broad strokes, trafficking is often a form of forced or coerced commercial sex or labor, and it can also include those who are decieved to provide either commercial or labor. Commercial sex is broadly defined, so that includes sex that is echanged for either something of value like money, but it also includes housing and other things.”

Who are the victims?

Any person who is forced into providing labor or sex for commercial gain can be considered a human trafficking victim.

“When I think of human trafficking victims, I think of anyone who is coerced into some form of labor that they’re not wanting to engage in, whether it’s physical, manual labor or sexual labor,” said Robin Chan, a political advocate for the Massachusetts Coalition to End Human Trafficking, a grassroots organization that helps coordinate anti-trafficking groups working across the state.

Despite some misconceptions, it is not essential for state or national borders to be crossed for this kind of coercion to be considered trafficking.

“It just needs some form of movement,” said Chan. “For example, it could be a runaway, someone from Springfield running away to Boston or New York City.”

When the victim is a minor, the Massachusetts state law is even more broad.

Victims may be old or young, men or women, citizens or foreign nationals. Some may not realize they qualify as a victim of human trafficking, and some may not consider themselves victims at all. In the U.S., many victims are runaways who are taken in by traffickers who offer to provide food, shelter, or other essentials in exchange for labor or sex.

“A lot of the trafficking victims, domestically are people who are running away from abusive families or maybe there’s a drug problem, or maybe the victim came out as gay and the family isn’t accepting of that and is facing a harsh reality back home,” said Chan. “You find a fair number of trafficking victims who are either gay or identify as trans or non-binary as a result.”

Traffickers are likely to seek out potential victims at points of transportation such as bus or train stations, Chan said. They also use social media to draw in people with low self-esteem.

How do traffickers maintain power over victims?

Traffickers employee a variety of tactics to keep their victims trapped, using both physical and emotional coercion.

“Oftentimes the trafficker will use threats or actual physical violence, or, in the case of international victims, would keep the victims’ passports to prevent them from leaving,” said Chan. “Other times the trafficker will extort them for their money, charging them for housing or food, and the victim can just not make enough money to be independent and get out of that cycle. Traffickers may also bribe their victims, buying them gifts or giving them a place to stay, making the victim feel as though they owe the trafficker some form of payment in return.

Victims of trafficking may also end up stuck out of fear of seeking help from law enforcement.

That could be with the immigration system, as they might be fearful of deportation. The last administration made them have reason to fear removal,” said Dahlstrom.

What’s being done to combat trafficking?

Non-profits, NGOs and grassroots organizations are working to end human trafficking across the world. In the U.S., the TVPA ensures that the federal government is “equipped with new tools and resources to mount a comprehensive and coordinated campaign to eliminate modern forms of slavery domestically and internationally,” according to the Department of Justice. Internationally, the United Nations (UN) adopted the Protocol to Prevent, Suppress and Punish Trafficking in Persons, Especially Women and Children in November 2000, creating the first legally binding international definition of human trafficking. Through the Protocol, the UN Office on Drugs and Crime (UNODC) works with countries to help create and implement new laws to stymie trafficking. Despite these efforts, the International Labor Organization estimated as of 2016 that 40.3 million people were living in modern slavery. Part of the reason human trafficking may remain so prevlant is because of how difficult to track and prosecute.

“The legal frameworks that we have requires generally that adults cooperate in the criminal investigation and there are many different barriers that survivors face in terms of reporting to law enforcement,” said Dahlstrom. “We know that BIPOC and LGBTQ survivors may have reason not to trust the legal system, they may disproportionately not be believed or even be targeted with penalties or criminal charges themselves.”

Chan also acknowledged that coordination among non-profits can sometimes be difficult, as most organizations are competing for the same funding.

“We want to bring other groups together and create more of a movement together,” he said. “Unfortunately, one of the barriers is funding. Everyone’s applying for the same small pool of money.”