What makes Squid Game popular around the world? 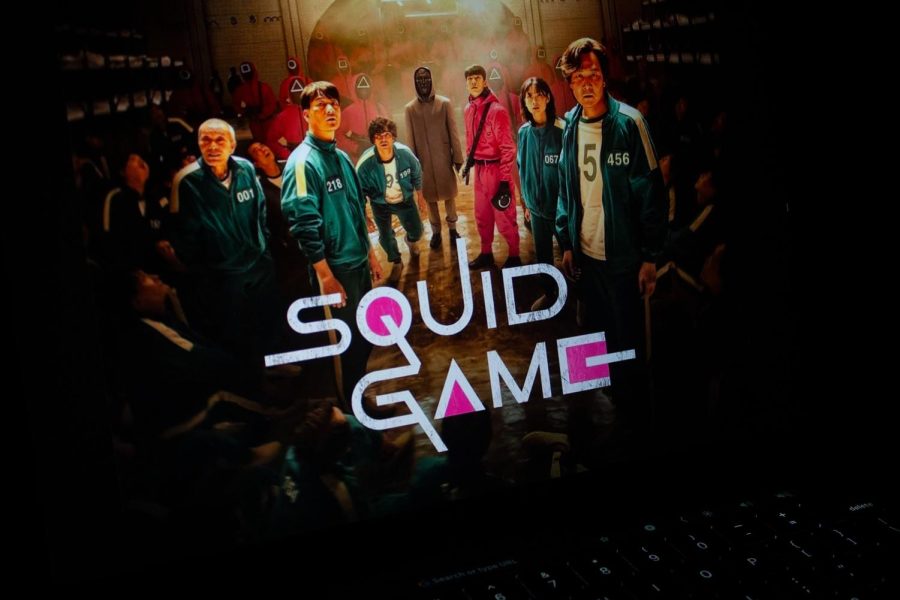 Netflix is a platform for actors and directors from all over the world now.

Squid Game, a popular Korean series, aired on Netflix on Sept. 17 and swiftly became the best-performing show for the popular streaming giant. Because of its entertaining nature and unique concept, Squid Game caught the attention of many users around the world. The reasons for its international appeal are as varied as its audience. Some like it because they find it thought-provoking; others because of its barbaric nature.

“It is super dark. It is brutal like [Quentin] Tarantino’s movies,” said Shubh Patil, a viewer from New Zealand.

For Korean viewers, some aspects of the show may have reminded them of their childhood. For others however, the show was profoundly thought-provoking. Squid Game made people think differently, made people ask questions to themselves and society.

“Squid Game was immensely thought-provoking, especially scenes like the Marble Game, which pushed us to reconsider whether there even is a ‘right’ or ‘wrong’ in every situation,” said Sophia Paffenroth, a Netflix user from the U.S.

The show has a bizarre concept reminiscent of The Hunger Games, a movie in which the youths fight to the death until only one remains. Similarly, in Squid Game, people are brought together to play children’s games, with a twist– lose a game, and die. The last one standing, however, goes home with unimaginable wealth. Elimination here is a slaughter game for the keepers. There is a crucial rule for the game; complete fairness of opportunity to the players. The selection of the candidates is mostly based on their desperate need for money. However, participants like Ji-yeong (played by Lee Yoo-Mi), played for other reasons, so the actual selection process is still a mystery. A user can watch this series with various perceptions in mind.

“It makes me feel negative and a little sad. I like positive series,” says Jiawen Xu, a Netflix user from China who is yet to finish watching the popular show.

Unlike most viewers who liked it because it was unique, engaging, and entertaining, some liked it for other reasons. Yeoeun Choi from South Korea had watched a 2014 Japanese movie [As the Gods Will], which according to him, had the same concept as Squid Game, with the only difference being that the games played were Japanese and not Korean. This kind of genre is fairly new in Korea, Choi pointed out, a step away from the popular romance genre series.

“I felt fresh and happy that Korea can also make various genres,”  Yeoeun said. “I liked that the storyline is not too unrealistic.”

Another viewer from Korea, Choi Eunsoo, gave the show a rating of eight out of 10 because, “I can enjoy it, and recall childhood memories,” she said. Sunidhi Gupta from India, who enjoyed the series due to its unique concept, said: “The [different] types of games made us recall those 90s childhood games, but obviously with a violent twist.”

A Netflix user from India, Shubham Kashmire, said that the series gives a good message for humanity. “Being selfish and always thinking about yourself will give nothing in life, not even happiness,” says Kashmire. Omkar Kumbare from India had a similar takeaway. “Basic thing is, money cannot buy happiness,” Kumbare, who isn’t hoping for a second season, said.  Another viewer from India, Aditya Nagre, echoed the same view. “The show makes you reiterate the age-old saying of –– ‘Money cannot buy happiness.’”

The show connects to the audience in various ways. Viewers connected the show with their own perspective, which may be one of the major reasons why the series was a blockbuster. Social media trends and word-of-mouth publicity were just what was needed for Squid Game to get popular around the globe.

Squid Game gained popularity for many reasons like — the work done by the actors, the unique storyline, and the current face of “real” society. “The show being in a different language still succeeds to reach a vast audience and keep them glued to the screen,” said Patil from New Zealand. “It shows the ‘real’ society, especially for Korea, which values the ranking and money very high. Also, Korea has a very competitive society, and Squid Game illustrated it well,” said Choi from South Korea. Seb Grace, from the U.K., who partially watched the series, said: “I enjoyed the acting, and the story was extreme but good.”

The show is currently the most-watched show on Netflix and has created worldwide hype. Let us know your thoughts about Squid Game in the comment section below.