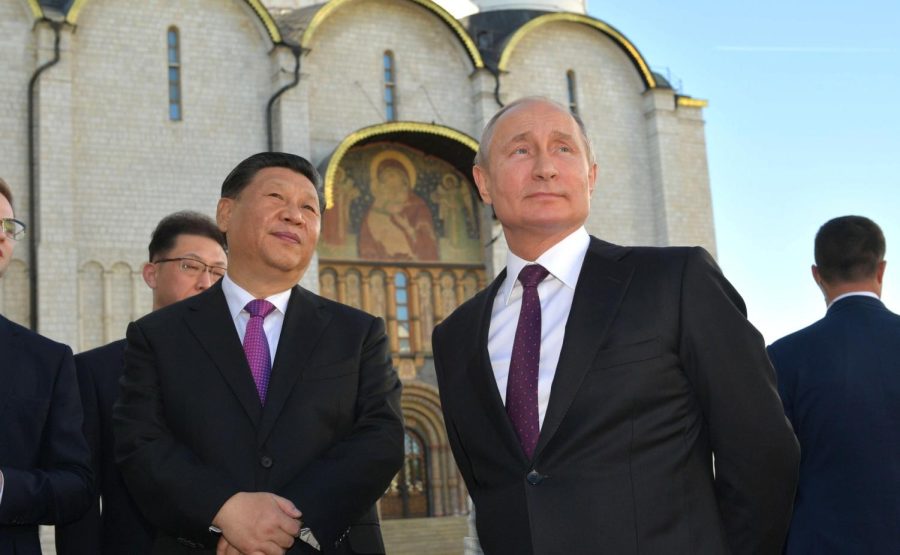 China asked Russia not to invade Ukraine until after the Beijing Winter Olympics, U.S. officials said. The sources were obtained from a western intelligence report which indicated that Chinese officials had some level of knowledge about the invasion plan before Russian forces attacked. President Putin ordered troops to enter two separatist enclaves of eastern Ukraine the day after the closing ceremony of the Olympics. Back in 2008, when Beijing was hosting the Summer Olympics, Russia invaded Georgia.

Background: China is a powerful ally of Moscow, given the new coal and wheat deals they came to an agreement days before the gunfire and blast sparked. On the Olympics opening day, the leaders of China and Russia declared a “no limits” partnership to back each other over Ukraine and Taiwan disputes.

Sanctions against Russia from Western countries have mounted in the past weeks,  as countries look to shut down reliance on Russian gas and remove Russian banks from the SWIFT financial system. In response, Russian firms are seeking alternatives, opening Chinese bank accounts to counteract some of the effects. Yuan transactions are expected to increase as Russian companies become willing to accept Chinese currency.

Background: Mastercard and Visa suspended their operations in Russia. Before the invasion began, China and Russia agreed on new coal and wheat deals. On the Olympics opening day, the leaders of China and Russia declared a “no limits” partnership to back each other.

It is not a secret that China stands on the same line with Russia. Two acts in particular solidified this alliance: China censored both the Winter Paralympic opening ceremony and the English Premier League for their anti-war sentiments. State broadcaster CCTV did not translate, but instead silenced the speech from the  International Paralympic Committee president denouncing Russia’s invasion of Ukraine. The football league also acknowledged that some of the games would not be aired in China due to the premeditated support by players for Ukraine before and during the games.

China’s National People’s Congress kicked off with the annual government work report delivered by Premier Li Keqiang. Despite the fact that the meeting has no history of addressing foreign policy, the global uncertainty brought by the war in Ukraine and the global pandemic has brought down the party’s objectives for 2022. The report sets the target expansion of GDP to 5.5 percent this year, lower than China’s economic output of 8.1 percent in 2021.

However, Li stated: “China will continue to pursue an independent foreign policy of peace, stay on the path of peaceful development, work for a new type of international relations, and endeavor to build a human community with a shared future.” He also restated: “We firmly oppose any separatist activities seeking ‘Taiwan independence’ and firmly oppose foreign interference.”

The firm stance in support of Peng Shuai, the former top-ranked Chinese tennis player who accused a retired Chinese Communist Party official of sexual assault, has earned the Women’s Tennis Association a new sponsor after more than 10 years without one. The association agreed to a multiyear deal with Hologic, a Massachusetts based medical device and diagnostics company focused on women’s health. The new deal could bring a significant impact, financially and morally, to WTA after it suspended all tournaments in China.

Turkey, one of the main destinations for Uyghurs who fled from Xinjiang of China for asylum, has denied the citizenship applications of some Uyghurs who were outspoken on the massive detention in northwestern China. The Turkish government attributed the rejection to “national security” and the “public order.” The move may reflect Turkey’s growing economic and security ties with Beijing and China’s overextended repression. There are about 30,000 to 50,000 Uyghurs living in Turkey.

Background: More than a hundred thousand pro-China tweets have flooded Twitter with hashtags #GenocideGames, in an effort to dilute tweets from human rights activists who originally used the hashtag to raise awareness about China’s treatment of Uyghur Muslims in Xinjiang.

The Office of the State Council of China released the Report on Human Rights Violations in the United States in 2021, noting that human rights in the United States “worsened” last year in terms of pandemic control, elections, gun violence, racial tensions, immigration issues and sanctions against other countries. According to the report, 693 mass shootings happened in the U.S., an increase of 10.1% over 2020. More than 44,000 people were killed as a result of the shootings. It also indicated that 49 states had introduced more than 420 bills to restrict voter turnout.