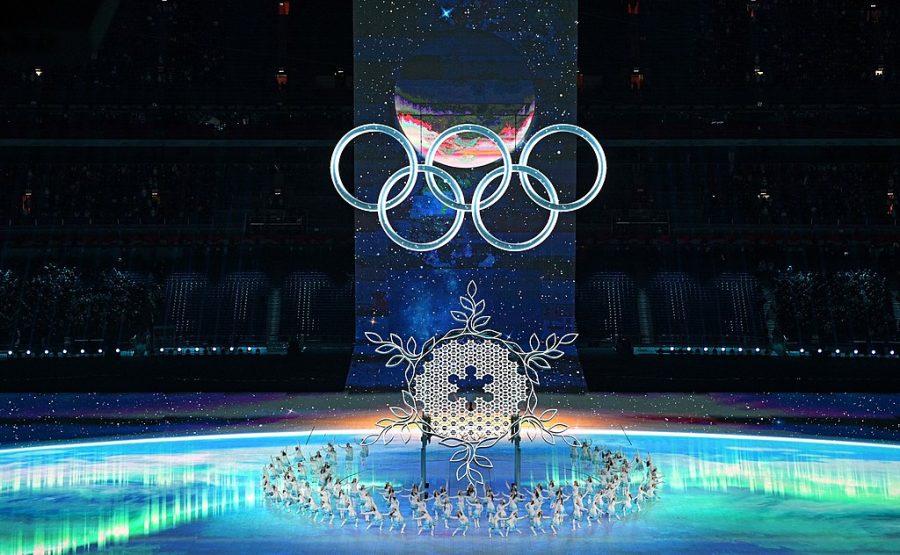 Eileen Gu, an 18-year-old California-born freestyle skiing prodigy, dominated the news headlines in both Chinese and English media even before the Beijing Olympics started. The reason is apparent: despite being a U.S. native, she is competing for China. Western news outlets primarily covered her identity, or citizenship, while China has portrayed her as a “princess” with a profound connection to her mother’s homeland.

Since Gu decided to compete for Team China in 2019, she has become well-known there, the frequent subject of state media and with over 20 sponsorship deals. Living up to expectations, Gu won the first of what she hoped could be three gold medals last Tuesday. However, a question still remains: what is her citizenship status?

The president of George Washington University shifted his stance surrounding political posters students placed around the campus protesting the Beijing Olympics. President Mark Wrighton initially called for the removal of these posters after the Chinese student associations strongly opposed them.

“Upon full understanding, I do not view these posters as racist; they are political statements. There is no university investigation underway, and the university will not take any action against the students who displayed the posters,” said Wrighton. “I want to be very clear: I support freedom of speech—even when it offends people—and creative art is a valued way to communicate on important societal issues.”

China’s Family-Planning Association released its 2022 working scheme and said it would try to block in abortions in unmarried women and teenagers to save the rapidly declining birth rates. The scheme also asks pilot public health programs to encourage citizens to have more than one child, as it aims to “reshape the parenting culture of multi-child families.”

Background: The country’s birth rate plummeted to just 7.5 newborns per 1,000 people in 2021, the lowest it has been since 1949, according to the National Bureau of Statistics. The rate of natural increase is 0.3 births per 1,000 people, the first time that number has dipped below one.

More than a hundred thousand pro-China tweets have flooded Twitter with hashtags #GenocideGames, in an effort to dilute tweets from human rights activists who originally used the hashtag to raise awareness about China’s treatment of Uyghur Muslims in Xinjiang. Researchers found that these automated accounts were sending out spam-like posts trying to disrupt the initial content and trigger the platform’s content removal mechanism.

The U.S. Food and Drug Administration halted the approval of China-developed cancer drugs and other new medicines, citing concerns over the quality of clinical trials conducted in China. The China-only drug studies might not be appropriate for the U.S population, and could possibly use outdated methods, according to Richard Pazdur, the director of the FDA’s cancer-drugs division. He also voiced doubt about the integrity of the data generated in China.

Background: FBI Director Christopher Wray has said that the Chinese government was “more brazen, more damaging” than ever before because of its technology theft and hacking program.

China failed to fulfill its commitments with former President Donald Trump’s U.S.-China phase one trade deal. The agreement made in 2020 included the purchase of American products such as airplanes, soybeans and energy before the end of last year. According to an analysis, China would have needed to buy $502.4 billion worth of American goods over the past two years, but only brought $288.8 billion of the American exports.

Media conglomerate News Corp. said it discovered a cyberattack with China nexus targeting a limited number of journalists. The company, which owns the publishers of The Wall Street Journal, sought assistance from a private cybersecurity company after the hacking was first noticed in January. Cybersecurity firm Mandiant said that the hackers gathered information “to benefit China’s interests.”

Selling fruits to China became a daunting business for the southeast Asian fruit farmers due to China’s “zero-COVID” policy, which has remained in effect. Under the new routine, mail and packages must be screened, disinfected and tested for the coronavirus despite little evidence to show transmission through products’ surfaces. Farmers who could not find any buyers were forced to throw the harvest away, send it to neighbors or use it for chicken feed.