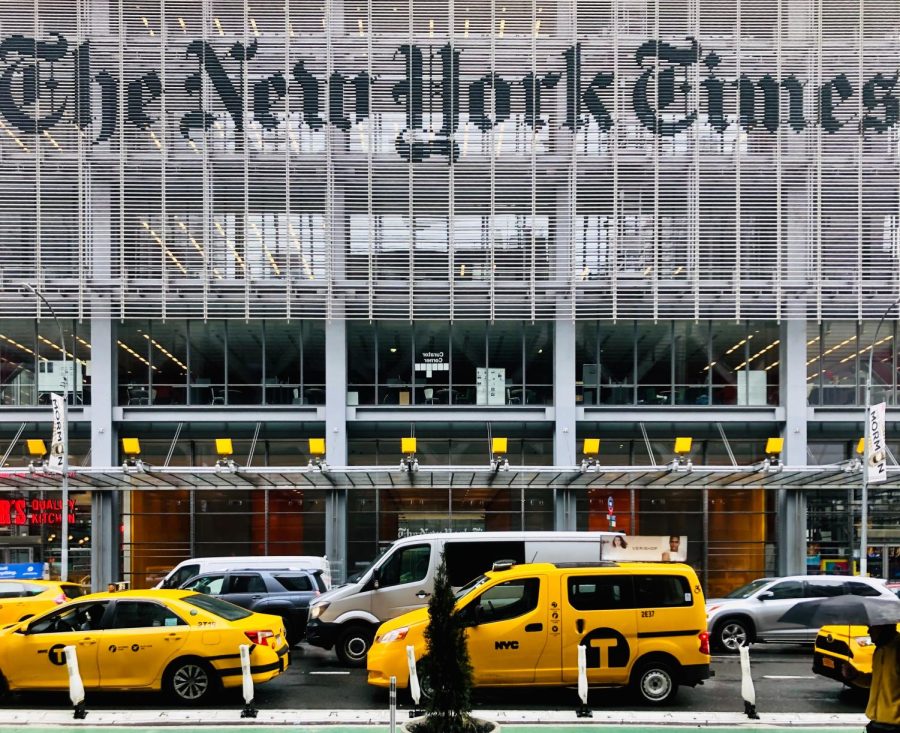 Local and international reporting are not mutually exclusive, said Anne Barnard. A  journalist at the New York Times since 2007, Barnard currently covers climate and environment for the Metro desk.

“People often think of those as two very different things and put a hierarchy on them,” she said. “I’d like to complicate those assumptions for you guys.”

Barnard addressed an audience of more than 30 students on Sept. 22 as part of the Pizza, Press and Politics speaker series, hosted by the Northeastern University School of Journalism.

Barnard, who is fluent in Russian, began her career in 1993 at the Moscow Times, an independent English language publication now solely online, where she reported for the metro desk. She switched to local reporting in 1996 at The Philadelphia Inquirer before covering the Middle East for The Boston Globe. In 2007, she joined the New York Times.

She displayed two of her past articles — one, on a Haitian woman seeking help from family in the U.S. after the 2010 earthquake from a series focused on a Haitian church and community in New York city, and another covering the proliferation of dog excrement in Beirut and its broader implications for society. Though the articles may not appear to have much in common, she said, both take localized stories and apply them to a broader, international context.

“There might be a personal history for the people involved, but there can also be a context about the economic or racial situation in that town, and then the state, the country,” Barnard said. “We have these nesting dolls of context.”

Issues surrounding municipal quality of life often have roots in historical, global conflicts. Still, it’s not always easy to navigate that as a reporter, she added.

“You always want to put that larger context in there, but at the same time you don’t want to talk about it in a way that sounds oversimplified, stereotyped or too obvious for people who are from that place,” Barnard said.

As an international correspondent, Barnard also addressed the difficulties of navigating language barriers in reporting. In Moscow, Barnard was able to conduct her own interviews in Russian. But when she started covering the Middle East, she had to seek out translators.

“I’ve really tried to normalize treating those people as members of the journalistic team,” she said. “Whatever level of sophistication that they are ready to absorb at that moment, we’re incorporating them in the journalistic goals.”

In Haiti, covering the impacts of the 2010 earthquake, Barnard said she “embedded [herself] in a neighborhood.” She wound up working alongside a Haitian sport journalist to translate.

It’s not always other journalists that translate, however. Barnard said she’s often worked with local community members, and that she has worked hard over the past decades to ensure that they are properly paid and credited for their work.

“I was looking for someone not only to be a translator, but a co-reporter,” she said. “Learning to work in another language and with a partner who’s helping you understand the language is something I’ve had to work on over the years.”