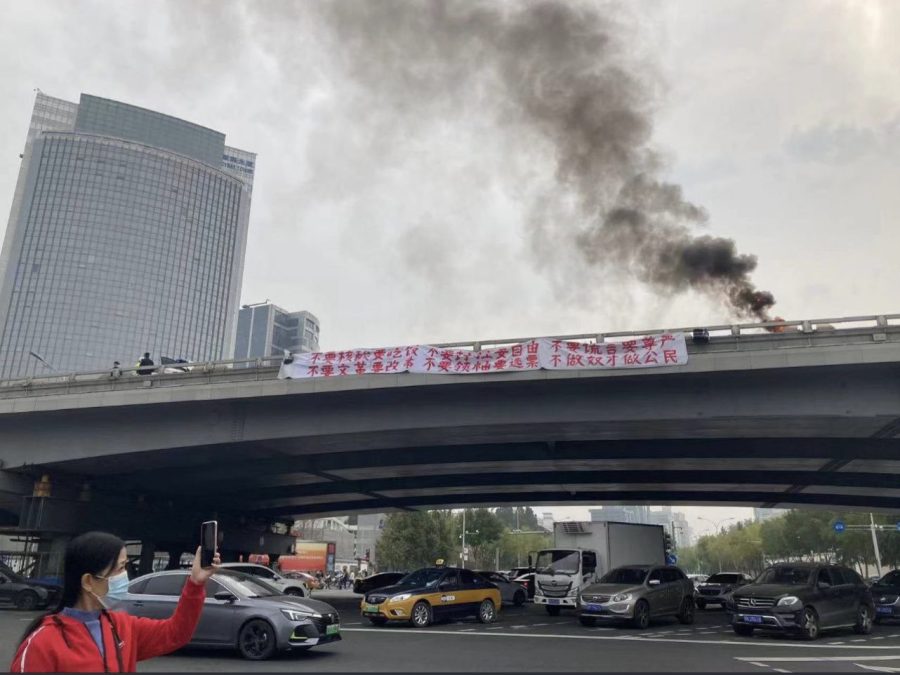 The 20th National Congress of the Chinese Communist Party opened on Sunday with an address delivered by Xi Jinping, the general secretary, summarizing the party’s achievements and new five-year agenda. Xi also reiterated the importance of the controversial zero-Covid policy, which has caused city-wide lockdowns across the country.

The meeting, which is held by the CCP every five years, is widely regarded laying out as Beijing’s blueprint for its forthcoming plans on diplomacy, economy, national security and other major fields. When summarizing the works over the past five years, Xi announced the dynamic zero-Covid policy had achieved a “tremendously encouraging” outcome.

“In launching an all-out people’s war to stop the spread of the virus, we have protected the people’s health and safety to the greatest extent possible and made tremendously encouraging achievements in both epidemic response and economic and social development,” he said.

Xi’s statement was made after two consecutive commentaries published by the state-run media confirming the necessity and correctness of eliminating Covid cases. People’s Daily, the party’s mouthpiece newspaper, published an article last Monday titled “‘Dynamic zero-Covid’ is sustainable and must be adhered to.” It states that the draconian Covid policy ensures “low morbidity, mortality and hospitalization rates,” and brings China “the most economical and effective” measure to contain the coronavirus.

Xinhua, a state news agency, published a similar commentary a day later saying that the “concentration and endurance” of the policy should be strengthened and should not be eased. “Dynamic zero-Covid is the best choice at this stage based on the current situation of the epidemic in China, and it is the anti-epidemic strategy with the lowest comprehensive social cost,” the article said.

The policy has been imposed since the Covid-19 pandemic started in 2020, though many countries are now treating it as endemic. It led to skepticism and opposing voices from the public, as some hoped the strict methods could cease after the congress because it had a major impact on the economy and people’s daily activities.

It also brought a dramatic public display of defiance in Beijing, China’s capital, toward the country leader and the Covid policy. A male, who is not officially identified, was reported to have hung two banners on a highway bridge, condemning the leader by name with, “Depose the Traitorous Dictator Xi Jinping,” scrawled in red.

“We Don’t Want Nucleic Acid Tests, We Want Food; We Want Freedom, Not Lockdowns,” another banner read, according to the photos circulated online. “We Want Votes, Not Leaders; We Want Dignity, Not Lies; We are Citizens, not Slaves.”

The protest comes as China registered its slowest economic growth in the last quarter since early 2020, recording only a 0.4% increase. However, China delayed the release of its third-quarter gross domestic product data on Monday, without giving a reason or new publication date.

Liang Wannian, the head of China’s Epidemic Response and Disposal Leading Group, said in an interview with state broadcaster CCTV last Wednesday that there was no timeline for ending the Covid policy and no “pilot zone” for living with Covid. “It is difficult to control it once something happens after we reopen,” he said.

China is refusing to import the Covid-19 vaccines and medicines from countries like the United States but instead is promoting and testing its homemade ones. It has asked Moderna, the Massachusetts-based pharmaceutical company, to hand over its intellectual property for use in the Chinese market, but the company has refused.

According to the health official’s data, China recorded over 850 cases in the past three days, putting major cities like Zhengzhou under lockdowns.