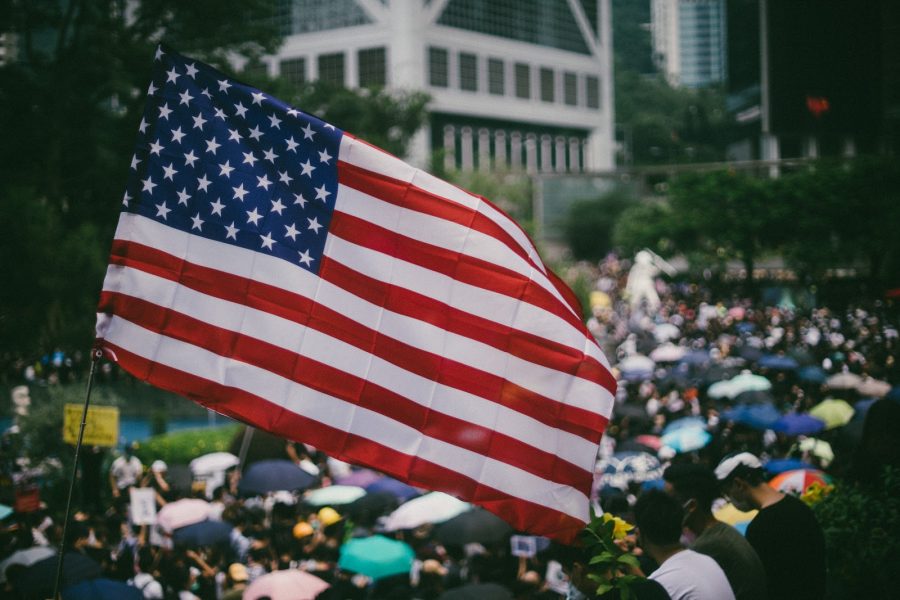 Tens of thousands of protesters waving US flags marched on Hong Kong’s US Consulate to call for help from Trump. Featured Photo by Joseph Chan.

Some undergraduate students, born in the late ‘90s and seen as Generation Z, expressed opposition to Biden in interviews with Global Observer.

“I don’t think [Biden] will be proactive and tough like Trump,” said Ellam Tsang, a third-year student of Hong Kong Baptist University, who shared posts on Instagram expressing frustration about the voting and the final result. She acknowledged it’s hard for her to predict what Biden will do when he becomes president, but is concerned whatever support he shows will not reach the same level as Trump’s.

Trump is seen as supporting Hong Kong by many HongKongers. He signed the Hong Kong Human Rights and Democracy Act in November 2019, which requires the White House to impose sanctions against Hong Kong and Chinese officials considered responsible for human rights abuses. It also requires the State Department to review Hong Kong’s political status annually.

Tony Tse, one of the frontline protestors who just graduated from HKBU this year, is among people who shared posts on Instagram claiming “voter fraud,” repeating some of the baseless accusations that have circulated in the U.S.
Tse said Biden will “be friendly to China” and won’t use enough pressure to try to curb Chinese behavior, “such as the violation of Hong Kong democracy or the detention of the minority groups in Xinjiang.”