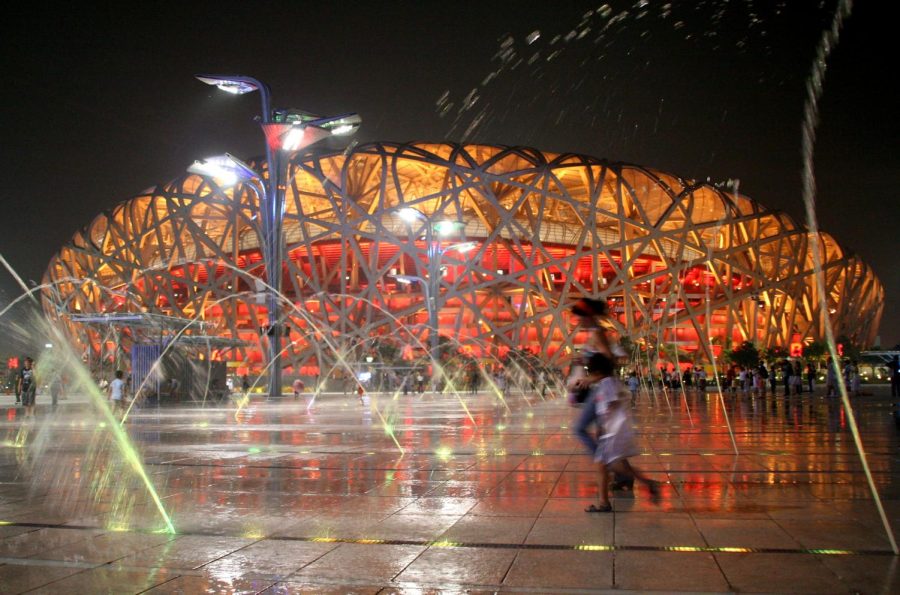 The 2022 Beijing Winter Olympics was kicked off after two athletes, one with Uyghur heritage, delivered the flame to the Olympic cauldron. The moment was surprising and calculated, as China has long been criticized for its record of human rights violations against Uyghurs. The Biden administration referred to it as a “genocide,” and declared a diplomatic boycott of the Games. The opening ceremony still drew world leaders, however, including Russia’s President Putin and representatives from organizations like the United Nations and the World Health Organization.

The Games are being held in a so-called ‘closed-loop system,’ where none of the participants can leave at any point. The goal is to prevent local transmission of COVID-19 as China has firmly taken a “zero-COVID” policy in combating the virus. All participants are tested daily for the coronavirus. One of them called the whole situation a “nightmare.”

Athletes cannot complain too much about the stringent restrictions, however, as China’s authorities have warned that they not only need to obey Olympics rules, but also Chinese law.

Meanwhile: Last Monday, the FBI advised the U.S. athletes, including those competing in the Paralympics, to bring a temporary mobile phone to counter possible cyberattacks. On the same day, FBI Director Christopher Wray said that the Chinese government was “more brazen, more damaging” than ever before because of its technology theft and hacking program.

Background: The U.S. Olympic and Paralympic Committee has recommended athletes use temporary alternatives such as disposable or “burner” phones. The mandatory app designed by Beijing’s organizer for athletes to report their health data was found to have serious encryption flaws.

Despite the Beijing Olympics being held, a question still remains: Where is Peng Shuai? The answer will hopefully come from Thomas Bach, the International Olympic Committee (IOC) president, who is set to meet the Chinese tennis player in person during the Winter Olympics. The time and location of this meeting were not disclosed.

Updates: Bach met Peng on Saturday at the Olympic Club, according to an IOC statement released Monday, which did not mention the sexual assault allegations.

Background: The former top-ranked Chinese tennis player has not proactively made a public appearance since she accused retired Vice Premier Zhang Gaoli of sexual assault. Bach spoke with Peng by video call last November, but the conversation did not cover her safety and the allegation. The Women’s Tennis Association (WTA) suspended tournaments in China, including Hong Kong, as a protest.

Foreign journalists in China are facing “unprecedented hurdles” due to Beijing’s efforts to “block and discredit independent reporting,” the Foreign Correspondents’ Club of China stated in its annual report. It indicated that the increased threats of lawsuits, intimidations and online attacks, along with growing nationalism and xenophobia, are making it increasingly difficult for journalists to do their jobs. News outlets are making exit plans over these mounting risks.

The online petition initiated by the Chinese state-run media Global Times for a WHO investigation on Fort Detrick’s leaking of COVID-19 was found to be fabricated. According to a report released by a New York-based digital consulting firm, over half the total amount of signatures, at least 13.3 million, were counterfeit.

The Biden administration has plans underway to revise federal rules to address potential security risks from the foreign-owned apps, especially the prevalent Chinese-owned platform TikTok. The new proposed rule gave the commerce secretary power to block those apps if they were suspected of carrying any security risks.

Queer dating app Grindr has been removed from the App Store in China after its operator cited the difficulties of complying with the country’s new data protection law. The move marked local authorities’ fresh effort to crack down on online content, a year after the Chinese owner sold the app. Last week, the Cyberspace Administration of China announced a month-long campaign to combat online rumors and violence.

Background: China has enacted its new Personal Information Protection Law at the end of 2021, which does not restrict the government’s data collection, but requires data collectors to process personal information when “there is a specific purpose and sufficient necessity, and under circumstances of strict protective measures.” International tech giants including LinkedIn and Yahoo have shut down services in China in the last few months, citing a more challenging business environment.